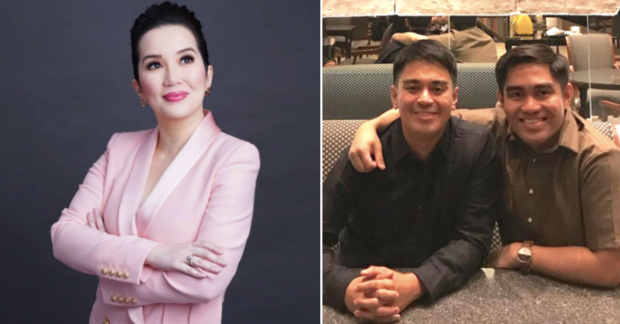 Kris Aquino has been absent from mediations and pre-trials on the cyberlibel case she filed against lawyer Jesus Falcis, the brother of Aquino’s former project manager Nicko Falcis.

“For the 5th time, Kris Aquino was nowhere to be seen in the cyberlibel cases she filed against me for defending my brother Nicko against her drama,” Jesus said in an Instagram post on Friday, Aug. 23.

“She failed to appear [3 times] during mediation and now [2 times] for pre-trial. The public prosecutor went ahead with pre-trial procedure because Kris and her lawyers were absent.”

Jesus shared pictures of the pre-trial order, which states that the pre-trial is terminated and lists the trial dates for the prosecution and the defense.

Aquino filed the cyberlibel case in November 2018 against Jesus, whom she said made social media posts against her that were “defamatory,” as per her 15-page complaint. Among the insults she accused him of stating were that she was a “liar,” “pa-victim” and “spoiled oligarch brat.”

The cyberlibel case seems not to have dissuaded Jesus from throwing barbs at Aquino. Yesterday, he shared on Instagram a poster of Aquino’s film “Humanda Ka Mayor,” in which she played rape-slay victim Eileen Sarmenta. “What’s the horror story, Mayor Antonio Sanchez or Kris Aquino? #ChooseYourPoison,” he wrote in the caption.

In another post yesterday, he said Aquino’s statements on the condition of her brother, former President Benigno “Noynoy” Aquino III, “sounds crazy and something an attention seeking liar would say.”

Aquino said during the 36th death anniversary rites of their father, former Senator Benigno “Ninoy” Aquino Jr., that her brother was “sick” and “not OK.” His spokesperson Abigail Valte said he was down with the flu.  /ra