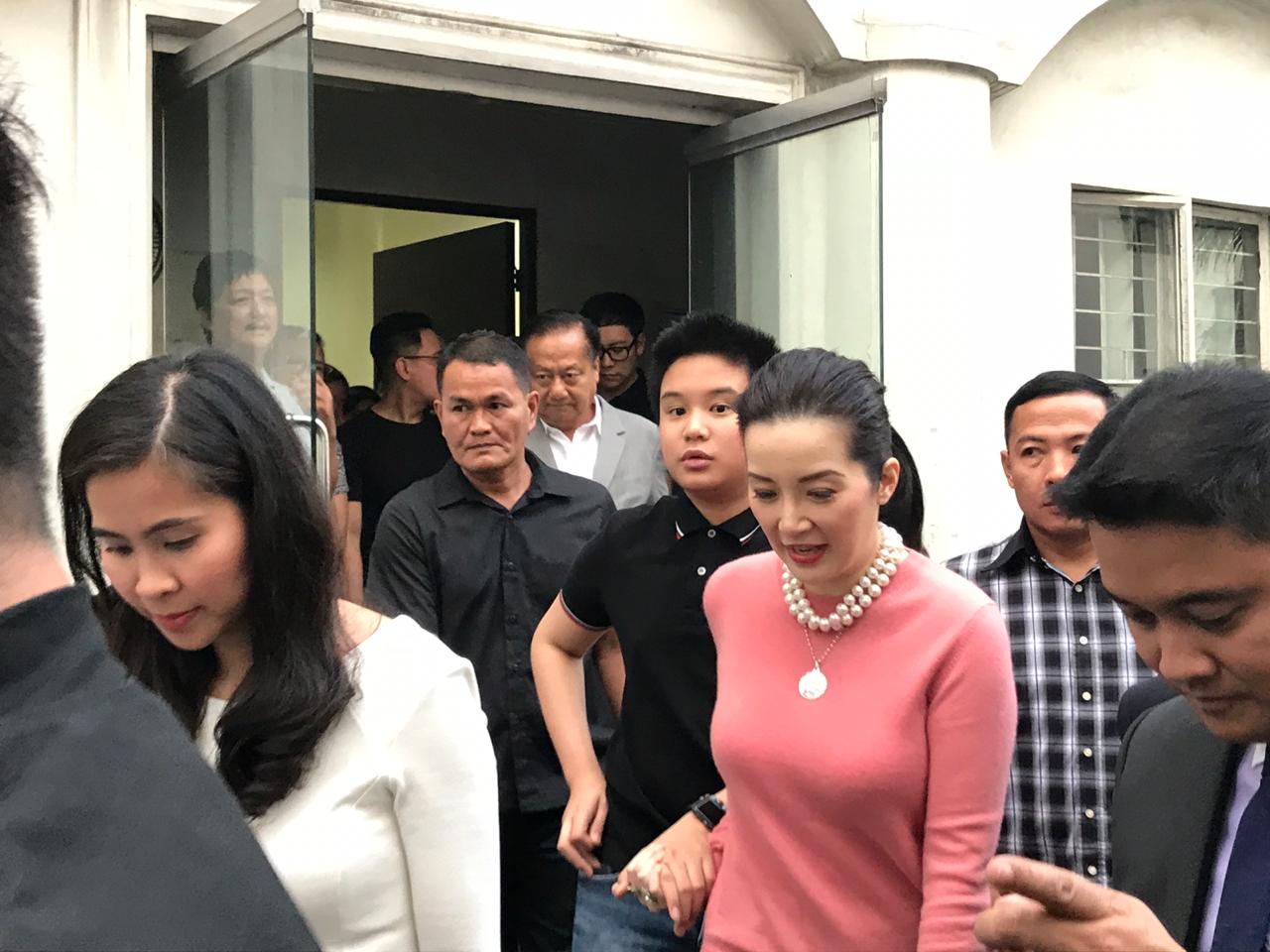 Actress Kris Aquino on Thursday filed a criminal complaint against the brother of her former project manager.

Aquino personally went to the Department of Justice (DOJ) and filed a complaint against Atty. Jesus Falcis, brother of her former project manager Nicardo M. Falcis II, for violation of Republic Act 10175 or the Cybercrime Prevention Act of 2012, specifically cyber libel.

The complaint stemmed from several Instagram and Twitter posts of Jesus Falcis in defense of his brother, but which tarnished the reputation of Ms. Aquino and her family, according to the “Queen of All Media.”

Aquino earlier filed several complaints against Nicardo Falcis, including qualified theft and a violation of Republic Act 8484 or the Access Devices Regulation Act (RA 8484), before several prosecutors’ offices in the cities of Mandaluyong, Taguig, and San Juan.

She accused Nicardo Falcis of using her company’s credit card for his personal expenditures.

According to Aquino,  Jesus Falcis allegedly described her as a “liar,” “spoiled oligarch brat,” “pa-victim,” “one who fooled his family, paid a blogger, politicize everything and always longs for a man’s company” in several of his social media posts between November 14 and 18,.

“He even referred to my medical attention— having urticaria-prone skin— in such a way as to ridicule and humiliate me. Clearly, the statements of respondent against me are defamatory,” she also wrote.

Aquino likewise said Jesus Falcis cannot hide behind the constitutional guarantee of freedom of speech and of the press.

She noted that while a “wide latitude is given to critical utterances made against public figures on matters of public interest” the statement of Jesus Falcis “does not automatically fall within the ambit of constitutionally protected speech.”

“If the utterances are false, malicious or irrelevant to matters of public interest involving public figures, the same may give rise to criminal and civil liability,” Aquino said.

“Thus, while I am a well-known celebrity, respondent does not have the unbridled license to malign my honor and dignity by indiscriminately posting malicious statements against me online,” she added.  /kga