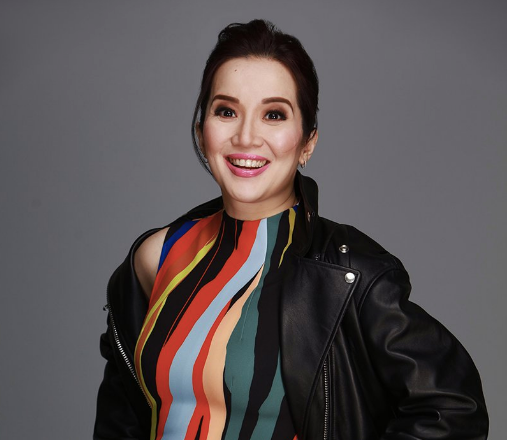 Another member of the Falcis clan lashed out at Kris Aquino, calling her out for her “spoiled rotten bratty attitude.”

Charlene Falcis, the older sister of Aquino’s ex-project manager Nicko, defended her brother amid the social media war going on between him and the Queen of All Media, through two consecutive Facebook posts.

The first post, written last Sunday, Jan. 27, showed Charlene criticizing Aquino, whom she said seemed to be in “better health.”

To prove her claims, Charlene posted screenshots of Aquino and her team’s travel expenses to Hong Kong for the latter’s YouTube webisode. Based on the photos, the trip cost P551,700.59 in total.

“These expenses that are almost half (50%) of your P1.2M combined charges are mostly Plane Tickets and Hotel Accommodations for your 17-man entourage,” Charlene explained.

“STOP YOUR SPOILED ROTTEN BRATTY ATTITUDE,” Charlene blasted Aquino. “You are turning 48 YO and wala ka pa rin pinagkatandaan (and you are still acting immaturely).”

The posts did not stop there, as Charlene called out Aquino again last Thursday, in a Jan. 31 post. “Where is the suffering disease-stricken mother persecuting my brothers?” she asked Aquino, who earlier revealed she was battling an autoimmune disease.

“It pains me to see you in your show biz mode again while my mom suffers everyday thinking about the BASELESS CASES you filed against Nicko,” Charlene added.

“Tawa tawa ka na ulit (You’re laughing again),” she continued. “Napaka-peke mong tao (You’re such a fake person.  Grabe ka mag (You exaggerate in) power tripping, no ounce of integrity to stand up for what is right.”

Kris Aquino,You’re back to your normal self. Where is the suffering disease-stricken mother persecuting my brothers?…

However, Aquino’s camp remained unfazed by the Falcis siblings attacks at the media personality. “The Falcis siblings want to litigate the cases filed against them thru social media. That is their right. But we will not be dragged into a trial by publicity,” a statement by Aquino’s lawyer Ricky dela Cruz of Divina Law read, as per the Philippine Entertainment Portal.

While her team appeared unbothered by the threats, Aquino herself seem to be in a positive mode. In her latest Instagram post on Monday night, Feb. 5, she said that the latest results of her medical check-up “weren’t what I was praying for — BUT it wasn’t all that bad.” Katrina Hallare/JB

Read Next
Zac Efron’s movie on serial killer Ted Bundy headed for Netflix
EDITORS' PICK
High inflation: Your P1 is now worth only 87 centavos
Geek out at TOYCON 2022 powered by Smart Signature
Unemployment rate up to 6% in May
UK’s Boris Johnson will resign, BBC reports
High-risk pregnancy: Reducing your risk is in your hands
House energy committee chair Arroyo bats for cheap electricity
MOST READ
Suspect in grisly killing of missing woman in Bulacan arrested
Kim Atienza’s daughter flaunts bikini body in response to critics of her ‘revealing photos’
Cop slain in Isabela ambush
FDA probes popular Filipino noodle brand for ‘high level of ethylene oxide’
Don't miss out on the latest news and information.