Nicko Falcis has revealed another set of personal messages allegedly from Kris Aquino, this time on the topics of her health and “attacks” made against her. 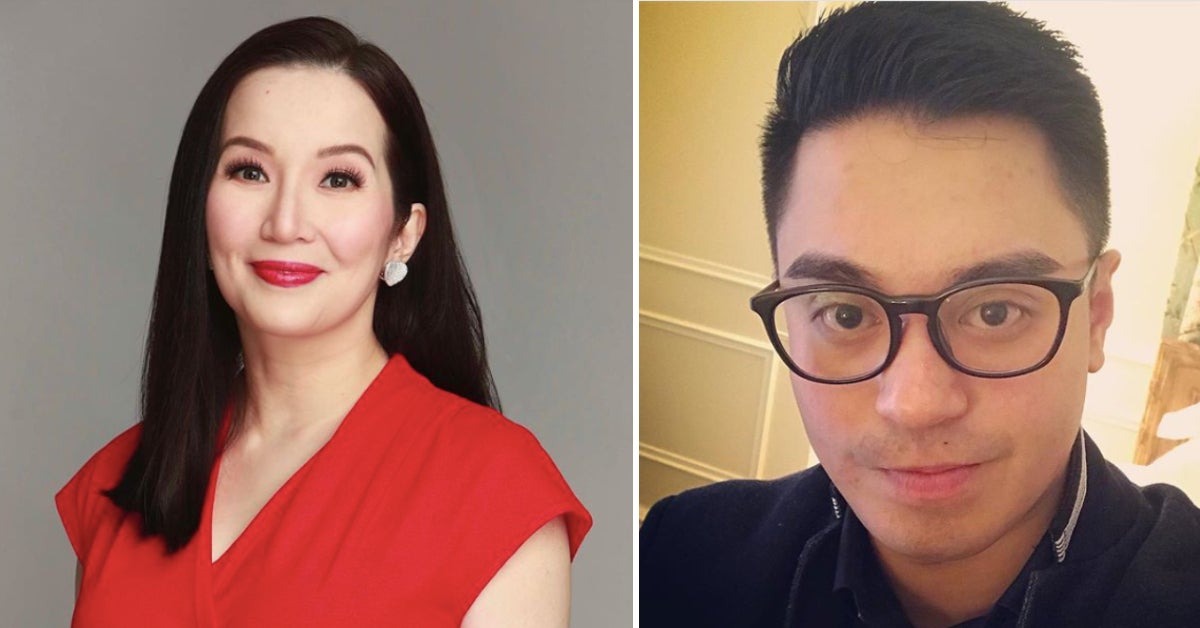 The Instagram post uploaded today, Jan. 22 is Falcis’ first since he filed a criminal complaint against Aquino on Jan. 18 for making grave threats against him. The complaint came after a recording between Aquino and Falcis surfaced online, where she said her family would kill him.

“A death threat is a death threat and should never be taken lightly. Saying it was a bluff is your QUICK FIX to everything,” he said in the caption.

He also repeatedly capitalized the word “fix” in his caption, presumably in reference to Gretchen Barretto’s claim that Aquino used her influence to help a friend fix her taxes.

Falcis claimed that Aquino had “premeditated” her attacks on him because he left Kris Cojuangco-Aquino Productions (KCAP), where he used to be managing director. He said that Aquino went as far as “bullying” friends, family and work colleagues.

“You have a serious mental problem. I did not steal anything from you, it was you who stole my reputation, my freedom, and my relationships,” he said.

He ended his post by stating that Aquino used the illness as an “excuse” for missing work in the past year. “We both know you want to run in 2022 because it’s your so-called destiny,” he said.

The first set of messages shows Aquino allegedly discussing an “official statement” on her health to protect her food endorsements.

“Our official statement is that I have adult onset asthma [which] we discovered because of my severe allergic reactions… hindi na raw tayo ma qu-question (We won’t be questioned anymore),” said the message.

“Because I told him there’s no way we can admit the BP fluctuations because puro food conglomerates ang endorsements and with my BP dapat low sodium everything.”

(Because I told him there’s no way we can admit the blood pressure fluctuations because the endorsements are all food conglomerates, and with my blood pressure, everything has to be low sodium.)

“So most believable explanation is severe allergies and asthma complications because if respiratory walang (there are no) questions about food intake.”

Another message mentioned attacks made against Aquino from “political enemies” and “ABS-CBN that will make sure I don’t ever succeed.”

It was mentioned too that the attacks had taken a toll on her physical and mental health, and that she needed to “detach.”

“I told myself I need to look at this as 30 months of staying strong then I should walk away — that’s why there was that February 14, 2021 finish line.” On that date, Aquino would turn 50 years old.

Aquino has been vocal about her health on social media. Last March 2018, she shared in a blog post that she was in San Francisco to consult specialists on “blood pressure issues.” She mentioned that her blood pressure would fluctuate along with her allergic reactions.

In September, she revealed she had not been sleeping and eating well because millions of pesos had allegedly been stolen from her sons’ trust funds. It was in this month that she made death threats to Falcis, as per the recording.

The Queen of All Media later announced in October that an initial diagnosis of her condition was autoimmune disease chronic spontaneous urticaria. Last November, she filed criminal complaints against Falcis for allegedly using her company’s funds for personal purposes.

In early January, she revealed that she was “allergic to everything in the environment.” JB

Kris Aquino on autoimmune disease: ‘I will fight to become stronger’