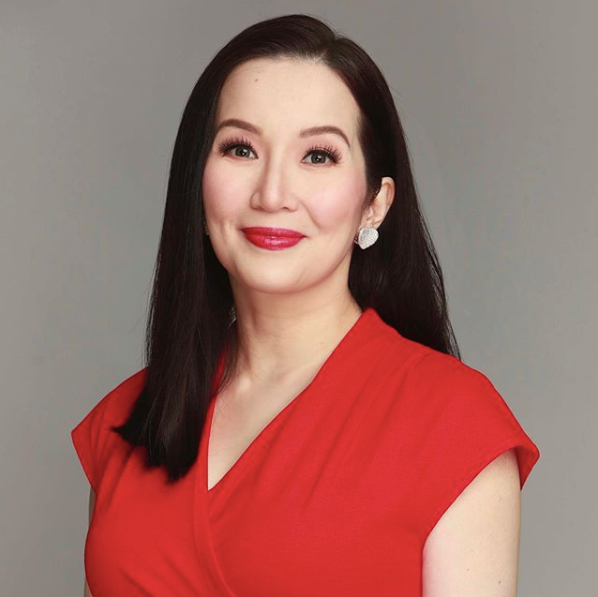 Kris Aquino addressed her former project manager Nicko Falcis’ claims that she allegedly threatened his life in a live video she streamed on Facebook yesterday, Jan. 15. The audio recording of Aquino threatening Falcis was posted by Entertainment News Portal via YouTube account KDOT on Jan. 14, which was shared in screenshots by actress Gretchen Barretto via Instagram.

In the recording, Aquino can be heard telling Falcis that her family would have him killed or thrown in jail if he came back to the Philippines. Falcis, meanwhile, sounded terrified in the recording as Aquino spoke to him.

Aquino admitted that she made a mistake when she threatened Falcis, explaining that it was brought about by her anger. She, however, said that if they were actual grave threats, then he should have filed a case against her the very next day.

“Kung grave threats talaga yun, the very next day sana kinasuhan mo na ako (If it were really grave threats, then you should have filed a case against me the very next day),” said Aquino. “Sasabihin niyo (You say) he was in another country? Lawyers said all he had to do was file an affidavit, he did not,” Aquino said.

She also gave context to her anger and shared that her son Bimby was breaking down because he knew the effects of stress to her autoimmune disease.

“If you see your son who was 11 years old breaking down, hindi ka ba magagalit (won’t you get angry)?” she said. “Sinasabi niya (He’s saying) why am I blaming it on him? Because six months prior to that, I was okay. Do the research. Autoimmune can stay dormant, but in any stressful situation, lalabas yan, kahit sinong doctor sasabihin yan (it will surface, any doctor will tell you that).”

She also maintained her claims that Falcis stole money from her as she read a statement written by her lawyers. She told her viewers that Falcis gave her a P400,000 check acknowledging that he abused KCAP (Kris Cojuangco Aquino Productions) funds.

“This shows that Nicko acknowledged that he had an obligation to pay,” she read her lawyers’ statement. “It’s an admission against his interest. The question is, what is Nicko doing to repay the remaining balance?”

She added that she had a right to her anger since it was her life being taken from her. She also said that the audio recording was edited.

“Kung galit ako, karapatan ko yun, kasi ang buhay ko ang kinuha (It is my right to be angry because it’s my life that was taken),” she said.

“Inedit niya eh, diretsuhin ko ah, yung inedit na portion (He edited it, let me be frank, in the edited portion) ‘you stole my money, it’s not enough for you, you also stole my life and now you’re stealing me from my children.'”

Aquino filed qualified theft charges against Falcis in November 2018 for allegedly using funds from her production company, Kristina C. Aquino Productions (KCAP) for personal use. Falcis, on his end, maintained that he never stole money from Aquino, and that she was bullying him and his family.  /ra