Gretchen says Kris teaming up with Claudine to destroy her 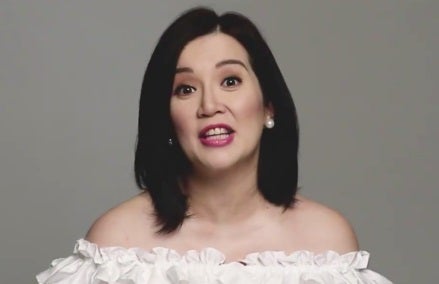 MANILA, Philippines — Gretchen Barretto is claiming that Kris Aquino called Claudine Barretto to ask for help in “destroying” her.

Gretchen reposted on Monday the statement of Aquino’s lawyers regarding the “malicious allegations” against the latter.

In the caption, Gretchen wrote: “And what’s this I heard from inside her camp? She called up Claudine to tell my parents that she will file a case against me & put me to jail and asked them for help in destroying me.”

“What is this, a tag team wrestling match? Can’t a ‘Queen’ handle it herself?” she added.

Gretchen and Claudine have not been on speaking terms since the rift among the Barrettos in 2013.

Meanwhile, Gretchen called Kris “ARTEcaria Queen” and said she “couldn’t help to look in the mirror and say she was previously a number one taxpayer.”

This was Aquino’s response to Gretchen’s accusation that she meddled in the alleged tax case of a businesswoman during the presidency of Benigno “Noynoy” Aquino III.

“But why should we care about that when you helped fix Aliceinwonderland Eduardo hefty amount of taxes?” Gretchen said.

“Obviously, the sawsaw tax case happened during Miss Henares’ stint as BIR Commissioner, who also happens to be currently the Queen of All Fixer’s personal accountant,” she added.

Gretchen was referring to Kim Henares, commissioner of the Bureau of Internal Revenue (BIR) during the presidency of Aquino’s brother. /cbb