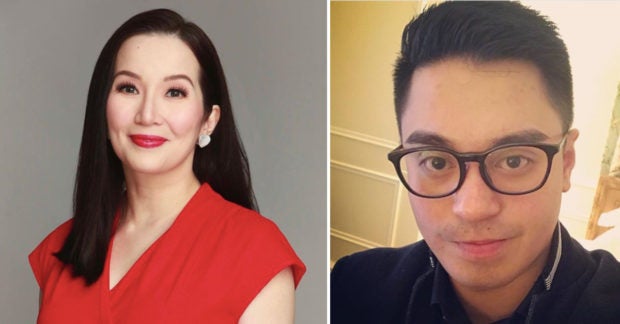 “At least now it’s confirmed: how you rich and powerful people think of us working class — who have to claw our way to get the proper education to earn a rightful degree, so we can then work long and hard to provide properly for our families.”

This was Nicko Falcis’ reply to Kris Aquino after the latter went live on Facebook on Jan. 15 while in Singapore. In the video, which was also uploaded to Aquino’s YouTube account “The Aquinos,” she mentioned that the Falcis family is just “pawns” to bigger political powers.

Falcis thus took to his Instagram on Jan. 16 and addressed Aquino’s remarks. He shared a post that read, “Information is the currency of democracy,” and called Aquino out for how rich and powerful people like her treat the working class.

“Despite our diligence or loyalty, we will never be treated as equals by people such as you or by the ‘people in power’ because we carry no political nor haciendero surname,” he said.

He told her that she had the power to put an end to all of their issues, but instead has chosen to bask in anger.

“Or rather you seethe in it, knowing that a mere PAWN chose to speak the truth against the so-called Queen.”

He also said that he had nothing to gain from their fight as Aquino already ruined his reputation even before the cases have started.

“I merely want to clear my name,” he said. “I’ve said this before, I say it again: I refuse to be bullied. No Filipino — regardless of economic stature, should ever be.”

Aquino filed qualified theft charges against Falcis in November 2018 for allegedly using funds from her production company, Kristina C. Aquino Productions (KCAP), for personal use. Falcis, on his end, maintained that he never stole money from Aquino, and that she was bullying him and his family.  /ra