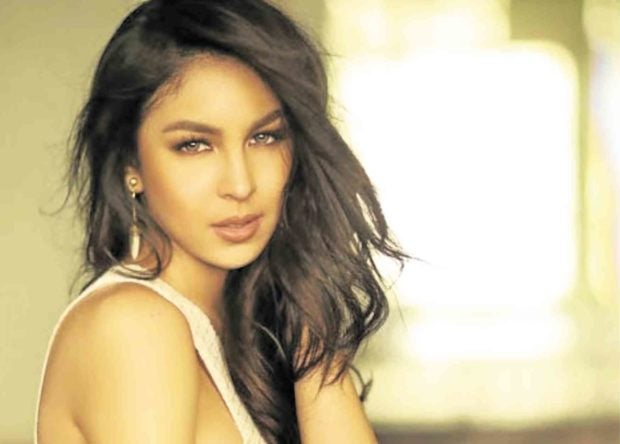 MANILA, Philippines — Actress Julia Barretto denied being involved in former couple Bea Alonzo and Gerald Anderson’s breakup, clarifying the latter was never and is not her boyfriend.

Barretto also put an end to speculations that Anderson courted her, but said the actor remains to be a good friend of hers.

The actress said she is already in the process of healing and stressed now is not the time for the blame game since everyone involved in the issue is hurting.

“We’re all dealing with our own pain and ang pinakamasakit pa don is nadamay yung mga pamilya namin. Pero I’m really in the process of moving forward, healing,” Barretto said.”

She continued, “And hindi ito yung tamang panahon para magsisihan. This is not the right time anymore to point fingers. She’s hurting, he’s hurting, but so am I. I’m really in so much pain right now.”

Nonetheless, Barretto said there is no other choice but to bounce back and heal from what happened.

“But kailangan magpakatatag e. We have to get back on our feet, and move forward, and heal from this. Wala kaming choice. We just have to respect each other’s pain. Everyone is hurting. Hindi madali ‘yung pinagdadaanan naming tatlo,” Barretto said.

The three actors made headlines the past month after Alonzo hinted at betrayal in a cryptic post then revealed there was no formal breakup between her and Anderson.

Anderson, on the other hand, said his relationship with Alonzo became unhealthy after they had fights after fights. He also clarified no third party was involved in their split.

Julia Barretto to Bea Alonzo: ‘You have charged everybody to destroy me FOR YOU’

Read Next
SZA teases new music coming ‘soon as f*ck’
EDITORS' PICK
Get exciting deals and discounts when you download the new McDonald’s App
Batangas execs, Taal evacuees thank House; hopeful on rehab efforts
SM continues to send relief assistance to remote towns in Batangas
PAL: Passengers with flights to parts of China may request for refund, rebooking
5 years after Mamasapano, son of fallen SAF 44 trooper remembers his ‘idol’
‘A greener, cleaner tomorrow’: A how-to guide for Filipinos who want to help with today’s energy crisis
MOST READ
Seized food items from China tested positive for ASF–BOC
No time for revelry; Tagaytay instead plans for alert level 5
Taal’s sulfur dioxide emission increases
Dina Bonnevie on Coney Reyes: We have forgiven each other
Follow @KAguilarINQ on Twitter
Don't miss out on the latest news and information.