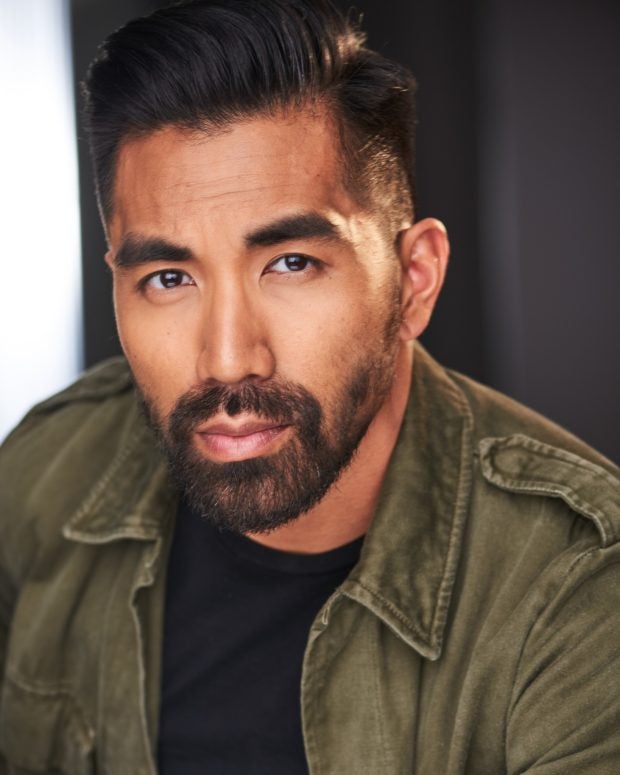 LOS ANGELES—“Despite all the struggles I go through as an actor, the fulfillment I get from doing this, something I never dreamed would be possible, is completely worth it,” Josell Mariano summed up his passion for acting.

Josell, who is also a model, was born in San Diego, California, to parents who are both first-generation Filipino-Americans.

Starting as a software engineer, Josell left that career to become a full-time actor and model. He began his training as an actor in San Diego. Almost immediately after beginning his training, Josell was signed by an acting agent.

In his spare time, the Los Angeles-based actor-model plays the guitar and piano, and is an avid photographer.

How would you describe your journey as an actor so far? In one word, roller-coaster. This journey has seen me through the highest of highs and the lowest of lows, often within a span of few days.
Prior to acting, I had a career in engineering, which was the complete opposite. It was stable, consistent, but rather unfulfilling.

Despite all the struggles I go through as an actor, the fulfillment I get from doing this, something I never dreamed would be possible, is completely worth it.

How do you prepare for an audition? Any good luck rituals, etc.? I always like to have my scripts on paper. I know many actors just read sides from their phone, but I feel like our phones can be such an unnecessary and easily accessible distraction, so I prefer paper. I don’t even pull out my phone while in the waiting room for the audition.

Other than that, I need to sit and read a script until I can visualize the entire world around it. Favorite places to do that? My closet or my car.

What is the most frustrating part of trying to land roles in Hollywood? The most frustrating thing is everything that doesn’t have to deal with the “craft” of acting. The social media, the schmoozing, the “it’s who you knows.” There are many times a subpar actor will land a role because he has a large social media presence, or because he went out to dinner with the right person.

I would like to think that the best actor gets the job, but oftentimes, it doesn’t work that way. I’ve had a casting director tell me once, “Most of the time, the best actor I see doesn’t book the job.”

How do you handle rejection? This is easier said than done, but I try not to see rejection as a failure, but rather, an opportunity to grow. I often look back at my audition tapes and see what I could improve since the time of taping, and finding ways to take action on those things.

It could be classes, practice with friends, coaching, etc. In other words, I handle rejection by getting better.

Have there been times when you almost gave up? What motivated you to keep trying? There was one point where it seemed as if all the opportunities had dried up. I didn’t have an audition for a few weeks, no bookings lined up, nothing. Every actor goes through a time like this, and I was no different. I emailed all my reps, and asked for guidance.

All it took was a few people to say they believed in me. A week later, I landed the biggest audition of my career. Like I said before, it’s a roller-coaster.

Do you, as an actor of color, feel that opportunities for minority actors are improving or getting worse? They are absolutely improving. More and more shows are calling for minority leads, and with the access of so many platforms (Netflix, Hulu, Amazon, etc.) it is becoming much easier for smaller voices to be heard.

Social media is playing a huge role in broadening the opportunities for minorities. Studios are now aware of how large a group minorities are. There is now a vocal demand for more films featuring people of color. Studios hear that, and are responding.

Are you encouraged by the acclaim that three recent films focusing on Asian-American stories—“Crazy Rich Asians,” “Always Be My Maybe” and “The Farewell”—received? Very much so. Seeing these stories have such broad appeal tells me that audiences are being receptive not just to our stories and actors, but to minorities in general.

What’s your stand on “whitewashing”—or the casting practice in which white actors are cast in nonwhite character roles—in Hollywood? It’s upsetting. There are so many talented nonwhite actors in the world, and few are getting the opportunities to play roles true to them. However, I believe we are at the tail end of the practice. Movies like “Star Wars,” “Aquaman” and “Black Panther” are so successful with nonwhite leads that I believe it is becoming difficult for studios to ignore.

And social media is becoming so ingrained in society that it is impossible for large studios to turn a blind eye to the outrage on Twitter, Instagram, etc., due to the whitewashing of a role.

It is a very exciting time to be a nonwhite actor, and I cannot wait to see the strides we will make in the upcoming years.

Read Next
Brian Cox muses on wealth, power, family and the laws of ‘Succession’
EDITORS' PICK
Mallorca City: Home of Cavite’s finest industrial hub
Gamboa to regional chiefs: Stop jueteng in 1 week or face relief
The fight of the decade: The Gypsy King vs The Bronze Bomber
Gamboa: Let provincial chief deal with Espenido’s ‘gag order breach’
Tokyo 2020 postpones volunteer training over virus fears
Gov’t sends home 30 Filipino repatriates as quarantine period ends
MOST READ
Honda to shut down Laguna plant
LOOK: Heart Evangelista wears ‘Quiapo headband’ at Paris Fashion Week
Mark Bautista on love: ‘She has to be understanding of my situation, that I’m bisexual’
It was DILG that blamed Estrada for Manila’s failure to pass standards – Isko Moreno
Don't miss out on the latest news and information.

TAGS: A Fil-Am actor’s life, Josell Mariano, Only In Hollywood