BB Gandanghari, now trans actress in the US, appears in Netflix series ‘GLOW’ 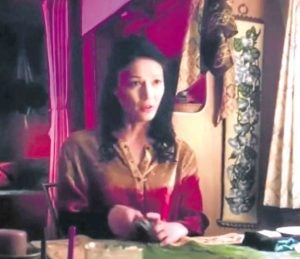 BB Gandanghari, or the former Pinoy actor Rustom Padilla, is now a transgender actress in the United States.

Gandanghari is being represented by Brogan, a Los Angeles-based talent agency.

She recently landed a cameo in the third season of the hit Netflix comedy-drama show “GLOW,” or Gorgeous Ladies of Wrestling.

Gandanghari plays Patricia, a fortune teller who works in a trailer and whom Alison Brie’s character, Ruth, briefly visits.

For its latest season, “GLOW” embraces its more dramatic side and explores darker—if more emotionally binding—storylines.

The show follows the travails and triumphs of women trying to make names for themselves, wrestlers playing over-the-top, caricature characters in the ’80s. Following a TV deal, the ladies’ show lives on as a nightly, live presentation at a hotel-casino in Las Vegas.

It starts right off with a disaster. Debbie (Betty Gilpin) and Ruth promote their show on live television, in their rival stage personas Liberty Belle and Zoya the Destroya, respectively. This appearance coincides with the space-bound shuttle Challenger’s explosion after liftoff. Ruth feels guilty for unknowingly mocking the American space project in her faux Russian identity, at the moment of the tragedy. 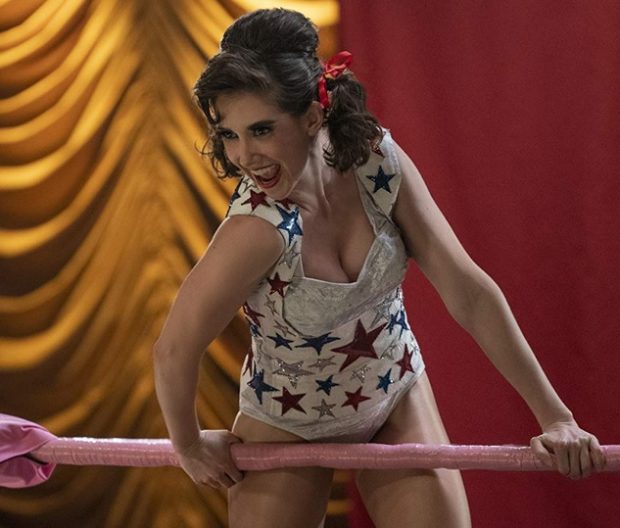 She and some of the demoralized women feel that pushing through with their opening night would be wrong. But the hotel’s entertainment director, Sandy (Geena Davis), encourages them to give it their best, reminding them that despite the terrible mishap, the show must go on.

The move to Vegas soon proves taxing for most of GLOW’s cast. Debbie is finding it difficult flying home to her kid and back to work on a regular basis. Ruth is starting to wonder about the state of her long-distance relationship. And regardless of the move, the rushed marriage of producer Bash (Chris Lowell) and wrestler Rhonda (Kate Nash) begins a strange and revealing process that leads to long-awaited truths.

Season 3 immediately gets on with the waterworks to get the characters to a more precarious place. Lighter moments are few and far between, although there still are standout moments of levity.

“GLOW” has also grown as a woman-centric show, delving deeper into the cultural backgrounds of its other characters Melanie/Melrose (Jackie Tohn) and Jenny/Fortune Cookie (Ellen Wong).
Returning with her own drama is Justine (Britt Baron), who is now an aspiring screenwriter. 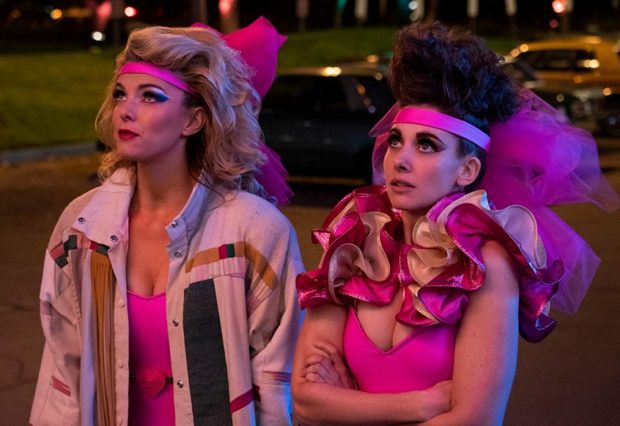 The show-within-a-show’s more comedic dynamics, banter and the ensemble shenanigans are much missed this season.