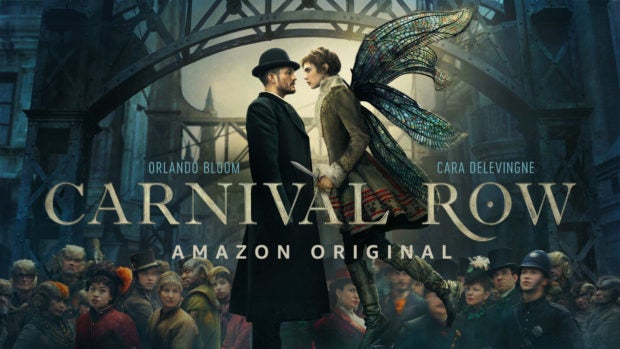 Good news for fans of Orlando Bloom and Cara Delevingne — the pair will be back for new adventures on Amazon Prime Video.

“Carnival Row”, a fantasy series set amid a Victorian-themed backdrop, takes place in a world where mythological creatures must live among humans after their lands have been colonized by the humans. In this repressive society, these creatures do not have the right to use their magical powers or develop relationships with humans.

Nevertheless, human detective Rycroft Philostrate and the fairy Vignette Stonemoss have a secret love. Their relationship will have to overcome enormous obstacles when Rycroft faces the most important investigation of his career as a series of murders puts the peace between the two communities in peril. Vignette herself has a secret that could put Rycroft in grave danger.

The first season, co-produced by Guillermo del Toro, will consist of eight seasons.

Airing from Aug. 30, the series is based on the screenplay called “Killing on Carnival Row”, which was on the “Hollywood Black List” of the year’s best unproduced scripts in 2005. HM/JB