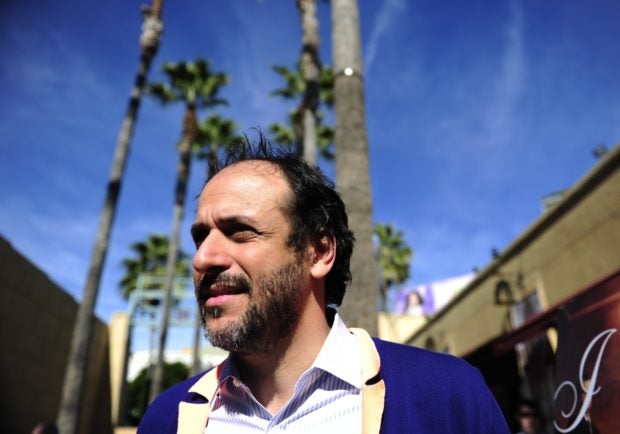 Italian director Luca Guadagnino, nominated for the Golden Globe award for Best Foreign Language Film for “I Am Love”, poses before speaking at a seminar at the Egyptian Theater in Hollywood on Jan. 15, 2011. Image: AFP/Robyn Beck via AFP Relaxnews

Variety is reporting that Italian filmmaker Luca Guadagnino, famous for his 2017 feature “Call Me by Your Name”, was chosen by Warner Bros. to direct his own version of William Golding’s 1954 novel “Lord of the Flies”.

This will be the third silver-screen adaptation of “Lord of the Flies”, following Peter Brook’s in 1963 and Harry Hook’s in 1990. A classic of British literature, the book tells the story of the few survivors of a plane crash on a deserted island in the Pacific Ocean. Without any adult guidance, the group of English schoolboys has to recreate society in order to survive.

Warner Bros. announced the project back in 2017 but faced criticism after suggesting the adaptation should be 100% female, with two men at the helm (Scott McGehee and David Siegel). Guadagnino’s version will be closer to Golding’s novel, focusing on a group of teenage boys.

No release date has been announced so far.

Guadagnino will be working concurrently on “We Are Who We Are”, his debut series for HBO, starring Chloë Sevigny (“Kids”, “Broken Flowers”, “Big Love”), Alice Braga (“Queen of the South”) and Kid Cudi (“How to Make It in America”). HM/JB