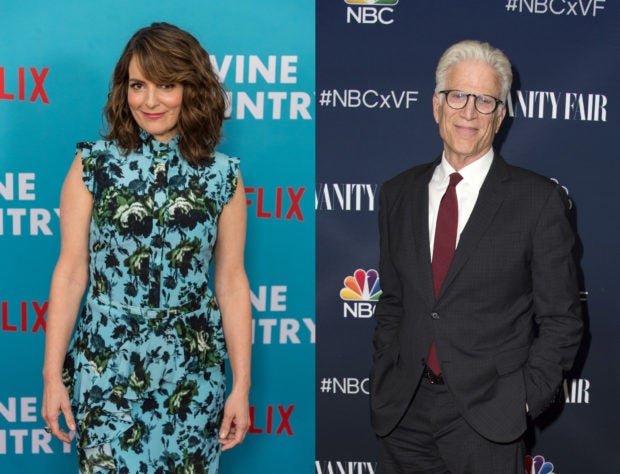 Tina Fey will co-write and co-produce a new series with Ted Danson for NBC, but will not be featured on screen. Image: AFP/Steven Ferdman, Valerie Macon via AFP Relaxnews

The “Saturday Night Live” alumnus is back on NBC for a new series, still under development. As reported by American outlets on Thursday, July 18, Tina Fey will co-write and co-produce a comedy featuring Ted Danson in the leading role. The series, which just got ordered for its first season, was written specifically for the “Good Place” actor.

The series will follow the character played by Danson, a rich businessman who unexpectedly finds himself elected the mayor of Los Angeles. While the “Good Place” actor has been cast in the lead role, the “30 Rock” actress will remain behind the camera. Fey and Robert Carlock, whom she had worked with on “30 Rock”, will co-write the script and be billed as executive producers. Variety reports that NBC has initially ordered a run of 13 episodes. However, the final number of episodes is still to be determined.

“We are thrilled to be back home at NBC and writing for one of the network’s greatest stars of all time, Mary Steenburgen’s husband, Ted,” said Fey and Carlock with their usual wry wit.

The series has been in development for over a year and was written with Danson in mind. It seems unlikely so far that the series will hit the screen in time for the 2019/2020 season, seeing as “Mary Steenburgen’s husband” is currently filming the last season of “The Good Place”, a series he has been starring in opposite Kristen Bell since its 2016 debut on NBC (staying on upon the series’ 2017 transition to Netflix), and that has garnered him his 13th Emmy nomination. Danson will also be reprising his role opposite Bill Hader in “Barry,” in the hopes of defending his title of Best Actor in a Comedy Series at September’s 71st Emmy Awards.

Fey has always had a special relationship with NBC. After getting her big break as part of the cast of “Saturday Night Live” starting in 1997, the comedian was part of the cult series “30 Rock” until 2013, alongside Alec Baldwin. HM/JB