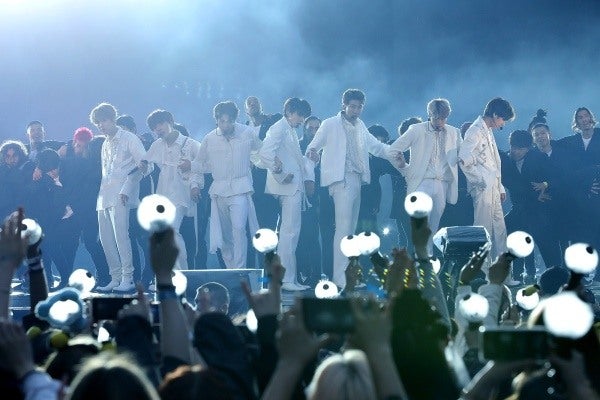 SEOUL — Last week, BTS surprised fans with news of an unprecedented stop in Riyadh, Saudi Arabia, where the boys will perform as part of their ongoing world stadium tour.

BTS has already broken numerous records during its “Love Yourself: Speak Yourself” concert since May, selling out colossal venues like London’s Wembley Stadium and California’s Rose Bowl Stadium at a breakneck pace. But the latest addition at the 70,000-capacity King Fahd International Stadium in the Saudi capital on Oct. 11 is another thing altogether.

Industry pundits see this as an important milestone that signifies BTS’ phenomenal popularity around the world. And if successful, it could open up many more opportunities for K-pop and Korean culture as a whole.

“Saudi Arabia is a very conservative country and it is trying to open up more in recent years,” said In Nam-sik, a professor at the Korea National Diplomatic Academy who specializes in the Middle East. “Until recently, concerts were forbidden, but the country started to acknowledge that people want cultural events. Saudi Arabia wants to show the world that it is changing. Allowing BTS to perform in the country is a significant step in its reform endeavor.”

The Middle Eastern country has recently undergone some changes as a result of Crown Prince Mohammed bin Salman’s top-down reform efforts. In an aim to diversify away from oil and create a more forward-looking society, Saudi Arabia is implementing significant social and cultural transformation. Specifically, the kingdom is trying to nurture its nascent entertainment with concerts and cinemas and tourism sector.

“BTS’ concert will have a meaningful impact on the country’s changing dynamic, as well as K-pop’s spread in the region,” In said. “But this could also concern the older generation as well.”

In Saudi Arabia, which still enforces gender segregation based on a strict interpretation of Islamic law, it was only in the past two years that women were given the right to drive, as well as enter stadiums to watch sports games and concerts. BTS’ concert venue King Fahd International Stadium allowed women to enter for the first time in September 2017.

If BTS’ concert in Saudi Arabia is successful, industry insiders expect more K-pop bands to follow suit and perform in the country that is sending invitations to pop stars around the world. So far, Jason Derulo, Enrique Iglesias, David Guetta, OneRepublic, Black Eyed Peas and Mariah Carey have performed there.

But BTS’ planned trip to the kingdom has prompted a divided response.

Some fans have criticized the band’s decision to perform in a country with such a poor human rights record.

“Artists have been boycotting Saudi Arabia due to flagrant human rights abuses against women activists and the LGBTQ+ community,” one Twitter user said. “BTS are UN representatives and everyone involved here should have known better.”

Others disagreed, saying fans in Saudi Arabia should also receive the opportunity to see the group, despite the country’s human rights issues, adding the concert could be a positive step for the country.

“BTS will be the first foreign artist to have a solo stadium concert in Saudi Arabia. Things are changing in the Kingdom. The success of this show could open doors to endless opportunities and possibilities,” said film producer Tanuj Garg on his Twitter.

The backlash comes after the US pop star Nicki Minaj — who featured on one of BTS’ songs — decided to pull out of plans to perform in the country, citing her concerns over the nation’s treatment of women and minorities.

BTS’ agency Big Hit Entertainment declined to comment on the decision to schedule a concert in Saudi Arabia.

Since May, BTS has performed in major stadiums across the US, and in Brazil, the UK, France and Japan during their sold-out world tour, to a total live audience of 900,000. Fans have called on the band to add more dates in other countries. In response, Big Hit announced two additional stops on the tour — Saudi Arabia and grand finale in Seoul for three nights on Oct. 26, 27 and 29.

On the news of Saudi Arabia addition, fans have taken to Twitter to demand BTS perform in nearby UAE as well, with #UAEwantsBTS trending.