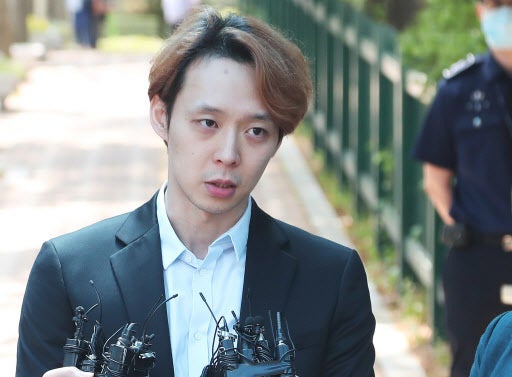 SEOUL — Police said Tuesday they are looking into suspicions that singer-actor Park Yoo-chun invited police officers, who were in charge of probing rape allegations against him, home for a meal while under investigation.

The Seoul Metropolitan Police Agency received a tip-off that Park, 33, invited the officers for dinner and drinks at his home in 2016 while he was being investigated by Gangnam Police Station for suspected rape.

Four women filed complaints against Park, then a member of boy band JYJ, for allegedly raping them at adult entertainment bars and a bathroom in his house in June 2016.

Park also filed complaints against the women for libel and threats.

Police sent the four cases to the prosecution after a monthlong probe, recommending it not indict Park on rape charges.

“We have not confirmed whether the tip-off is true or not,” a police official was quoted as saying by Yonhap News Agency. “Starting today, we will check factual relations with the police officers who were investigating Park at the time.”

Park was released from prison in early July after a lower court sentenced him to 10 months in prison, suspended for two years, for buying and taking 1.5 grams of methamphetamine with his ex-fiancee. He has retired from show business.