George Miller might be working on ‘Mad Max’ sequels 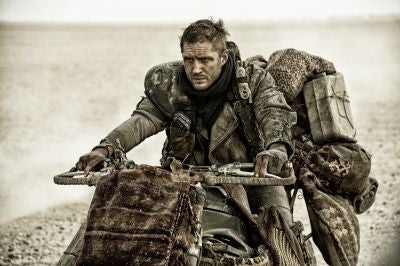 “Mad Max” fans have been waiting four years for a follow-up to 2015’s “Mad Max: Fury Road,” and their patience might soon be rewarded, as George Miller just revealed that the conflict between him and Warner Bros has effectively been resolved, opening the door to the development of more installments.

“We’re still solving, […] it seems to be pretty clear that it’s going to happen,” Miller said to Indiewire.

The return of Charlize Theron and Tom Hardy?

This is good news for fans of the cult franchise, as two films might be in the works.

“There are two stories, both involving Mad Max, and also a Furiosa story,” explained Miller. Even before the 2015 release of “Mad Max: Fury Road”, the director and his screenwriter revealed that two further stories had been crafted during the writing of that fourth opus. Miller had even planned to shoot the Furiosa-focused spin-off shortly after the release of “Fury Road”, but had to push the project back following the conflict with Warner Bros.

In “Mad Max: Fury Road”, Charlize Theron plays Imperator Furiosa, one of tyrannical Immortan Joe’s war captains who takes advantage of a mission to leave his army, along with Joe’s five wives, to find a better life in her birthplace. Mad Max, played by Tom Hardy, is a prisoner serving as a blood donor for one of Joe’s sick soldiers, who also escapes.

Miller has not announced any dates in relation to the start of these projects, and nothing so far indicates that Theron and Hardy will reprise their respective roles.

Presented in the official selection out of competition at the 68th Cannes Festival in 2015, “Mad Max: Fury Road” was awarded six Oscars the following year. JB