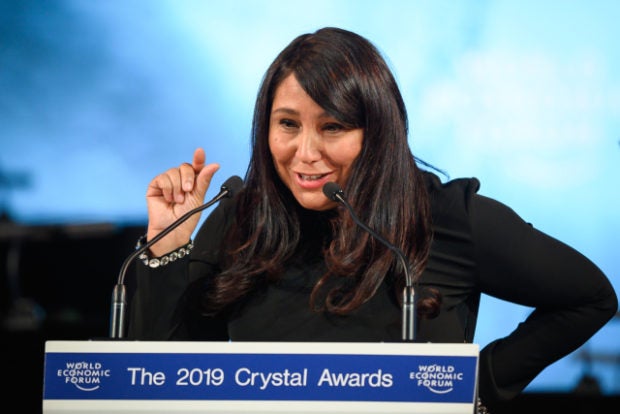 Stars including Robert De Niro, Brad Pitt and Scarlett Johansson will attend this year’s Venice Film Festival, organizers said Thursday, with 21 films vying for the Lion d’Or although only two by women made the cut.

“Numerous films this year deal with the theme of the feminine condition in the world which, even when directed by men, reveal a new sensitivity, proof that the scandals of recent years have left their mark on our culture,” Mostra director Alberto Barbera said as he presented the lineup in Rome.

The festival was criticized last year for selecting just one film directed by a woman, and this year the number has doubled.

Saudi Arabia’s Haifaa al-Mansour will screen “The Perfect Candidate” about a female doctor trying to run in local elections in the conservative kingdom and Australian comedy “Babyteeth” by Shannon Murphy is also competing.

The film tells the tale of a French cinema star whose decision to publish her memoirs prompts a mother-daughter reunion which turns fiery.

Many U.S. stars and big Hollywood productions feature at the festival, seen by many as a springboard for Oscar success.

Brad Pitt stars in the highly-anticipated “Ada Astra”, a science fiction film directed by James Gray about an astronaut traveling the solar system in search of his father.

Robert de Niro will attend the premiere of “Joker”, directed by Todd Phillips and tracing the origins of Batman’s famous enemy, with the grimacing superclown played by Joaquin Phoenix.

Steven Soderbergh’s “The Laundromat” will also be shown, a thriller about the Panama Papers investigation starring Antonio Banderas, Gary Oldman and Meryl Streep.

Polanski fled to France in 1978 after admitting the statutory rape of a 13-year-old girl in the US.

The 85-year-old has been a fugitive ever since from the U.S. justice system, despite repeated attempts to have him extradited.

Read Next
Jeff Bridges to star as retired CIA officer in TV series
EDITORS' PICK
SSS: Members on home quarantine due to COVID-19 can apply for sickness benefit
Mobile COVID-19 vaccination for commuters, transport workers set at PITX
PH to send 584 athletes, 161 officials to Vietnam SEA Games
Gear up and get ready to play with Yamaha Mio Gear
Kalinga, Ifugao, Mt. Province, N. Samar will be under Alert Level 4 from Jan 21-31
Acer starts the year off strong with the Aspire Vero National Geographic Edition
MOST READ
Imelda Marcos trends on Twitter after octogenarian jailed for allegedly stealing mangoes
Mayor Vico counters vice mayor: ‘Did I say anything about his family?’
PH 51st on list of world’s most powerful militaries
‘Unbelievable!’ Pacquiao hits DA’s plan to import 60,000 MT of fish
Don't miss out on the latest news and information.