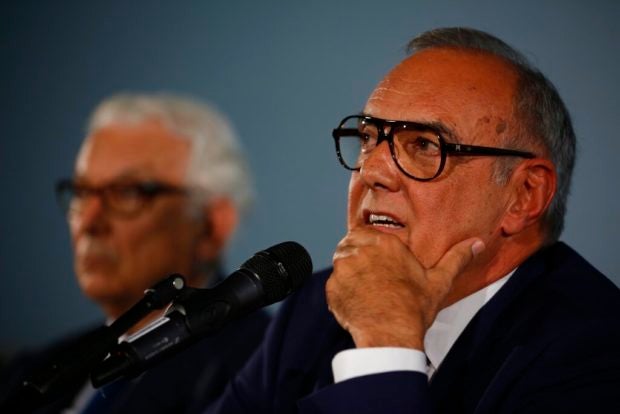 Director of the Venice Film Festival, Alberto Barbera, right, and Venice Biennale President Paolo Baratta meet the journalists on the occasion of the official presentation of the 76th edition of the festival in Rome, Thursday, July 25, 2019. Image: AP Photo/Domenico Stinellis

ROME — The 76th Venice Film Festival will feature three Netflix productions alongside Hollywood titles, embracing the streaming giant after the Cannes Film Festival excluded it for a second year in a row.

Netflix will also present Noah Baumbach’s “Marriage Story,” starring Scarlett Johansson and Alan Alda, as well as David Michôd’s “The King,” with the latter debuting out of competition.

The competition also includes “J’accuse” by director Roman Polanski, a controversial figure in the #MeToo era. Polanski pleaded guilty to unlawful sex with a minor in 1977 and fled the United States the following year.

Venice Film Festival Director Alberto Barbera acknowledged a lack of female directors in competition. Only two out of 21 directors are women, while last year there was one.

“There are a number of movies addressing the issue of the female condition in different parts of the world. Not all of these movies are directed by women, as female directors unfortunately are still a minority,” Barbera said.

Barbera asserted that the way male directors now portray women reveals “a new form of sensitivity of the female universe, something that rarely happened in the past.” NVG