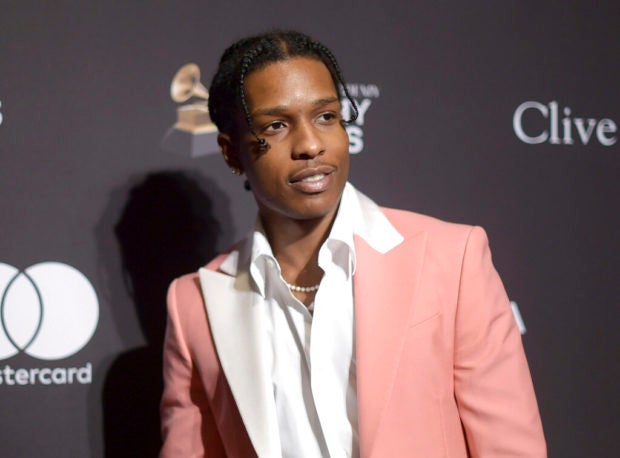 The platinum-selling, Grammy-nominated artist whose real name is Rakim Mayers, has been behind bars since early this month as police investigate the fight in Stockholm. Image: Richard Shotwell/Invision/AP, File

HELSINKI — The man allegedly assaulted by American rapper A$AP Rocky and two other men in Stockholm was kicked while on the ground and hit with a bottle, Swedish prosecutors said in court documents obtained Friday by The Associated Press.

The 500 pages of documents also included allegations that Rocky pushed the man to the ground and photos of the alleged victim’s cuts, bruises and blood-stained clothes. 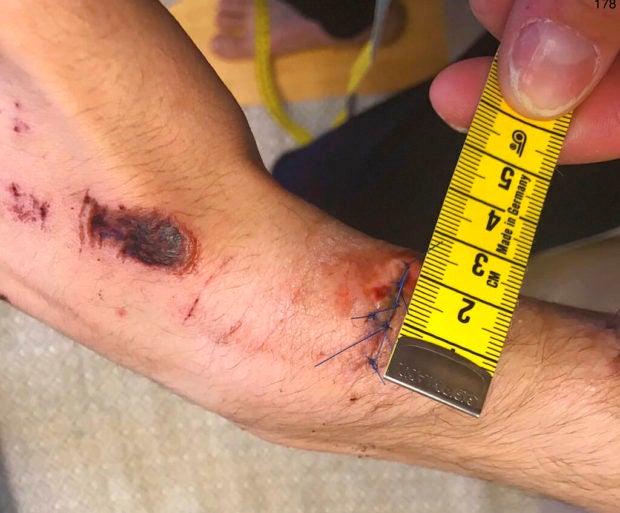 The Grammy-nominated rapper and the two others “deliberately, together and in agreement” attacked the man, identified as Mustafa Jafari, on June 30, prosecutors said in the Stockholm District Court documents.

Rocky, whose real name is Rakim Mayers, has said he acted in self-defense. He has been in custody since July 3 and faces charges that carry a maximum sentence of two years in prison.

A lawyer for Jafari, Magnus Stromberg, said the alleged beating started when one of A$AP Rocky’s guards “grabbed him by the neck and dragged him away.” Jafari didn’t provoke the assault, and “this situation has been very stressful for him,” Stromberg said.

“There was no reason, none whatsoever, for the use of such violence,” he said.

Trump posted two sharply worded tweets, calling on Sweden to “Treat Americans fairly!” and criticizing Swedish Prime Minister Stefan Lofven, whom he had spoken with directly, “for being unable to act.”

A Lofven spokesman responded by emphasizing the independence of the Swedish judicial system.

The rapper and the other two suspects, who have been described as members of his entourage, will remain in custody until trial.

“I panicked and I got very scared. I was in shock,” one of the suspects, who said he came from New York, told police. “I defended myself, I used violence …. I found myself in a situation where I was scared for my life.”

Prosecutors recommended that the Stockholm District Court set aside three days for the trial, which defense lawyer Slobodan Jovicic said was expected to start Tuesday.

Trump on Saturday tweeted that he had spoken with Lofven about the case and “offered to personally vouch for his bail,” even though that’s not something available under Swedish law. Urged on by the first lady and celebrities including Kardashian West, the president had said that he would intervene to try to free Rocky.

Lofven’s press secretary, Toni Eriksson, later said the two leaders had a “friendly and respectful” conversation in which Lofven “made certain to emphasize the complete independence of the Swedish judicial system, prosecutors and courts” and stressed that the government cannot and will not attempt to influence the legal proceedings. NVG