MANILA, Philippines — Amid controversies, it appears that all is well between Joshua Garcia and Julia Barretto.

Garcia sent encouraging words to Barretto as shown in an Instagram story by the latter Wednesday evening. 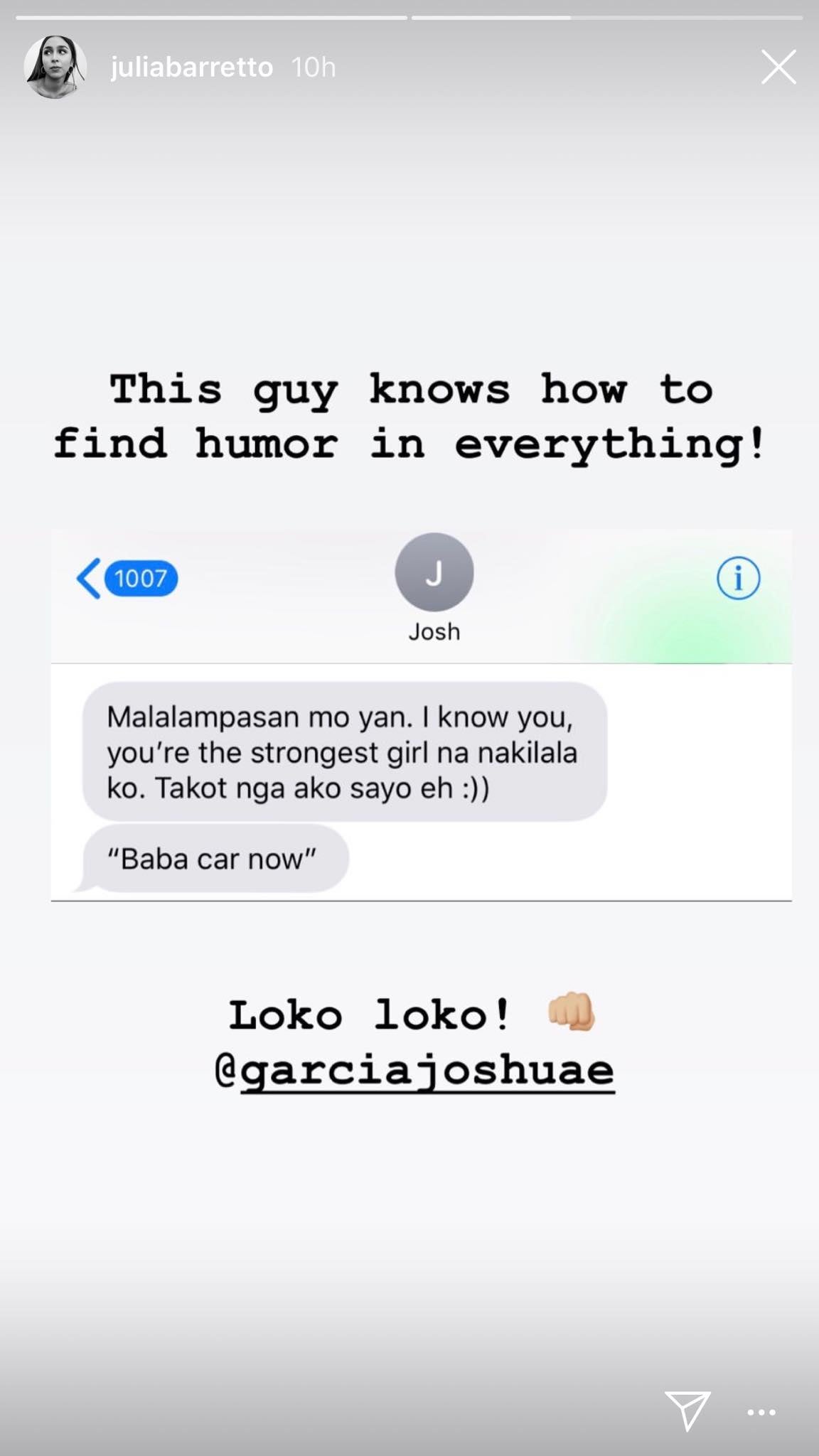 Barretto’s post came after she made headlines alongside Gerald Anderson after they were supposedly spotted by a fan attending the party of actor Rayver Cruz.

This fueled breakup rumors between Anderson and girlfriend Bea Alonzo, who shared a cryptic message saying one “can’t make the same mistake twice.”

Barretto’s mother Marjorie had bared her plans to take legal action against the uploader of the controversial photo.

Meanwhile, Barretto and Garcia revealed last June that they have decided to return to being friends. /je