Trillo shared a moment of him with the film’s team during their story conference, via Instagram Stories yesterday, July 22. 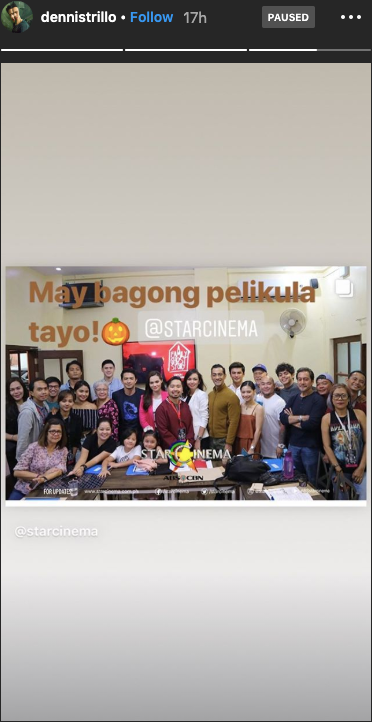 “May bagong pelikula tayo! (We have a new film!)” he said.

Bagatsing will be portraying a character named Nandy while Gonzalez will be bringing the character Cynthia to life, as per the actor’s post on Instagram Stories yesterday. 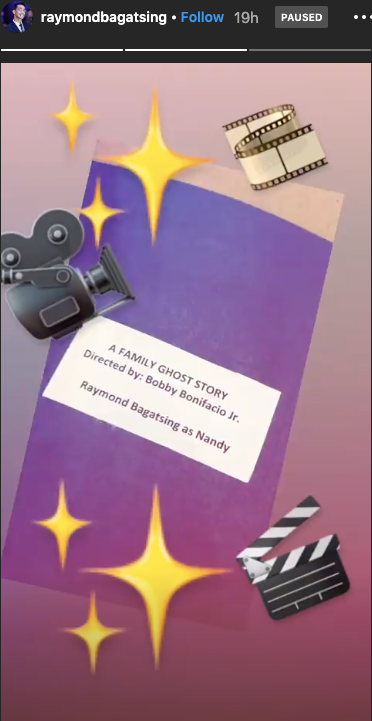 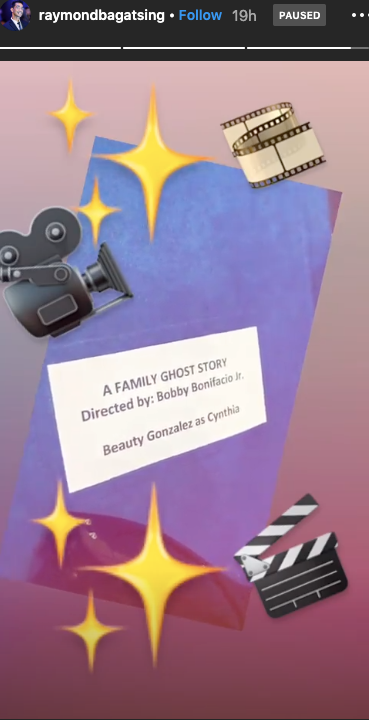 Filmmaker Bobby Bonifacio Jr. will be helming the production of the new project, a horror movie called “A Family Ghost Story”. Bonifacio co-wrote the script with Juvy Galamiton. Star Cinemas will be producing the film.

Actor Teejay Marquez will also appear in the film as a character named Fred, as per his post on Instagram Stories yesterday. This marks his return to the silver screen after last appearing in the 2016 movie “Dubsmash”. 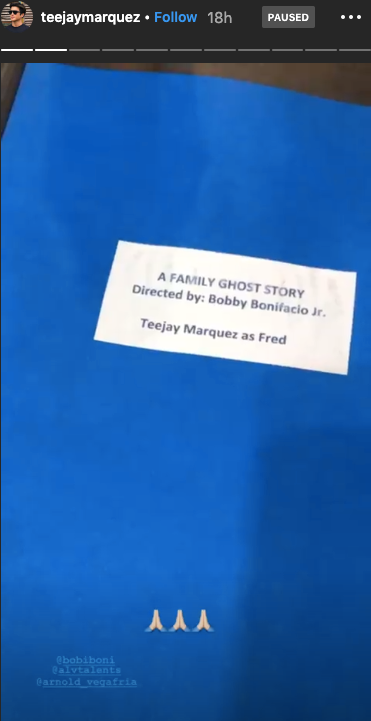 Aside from working on this current project, Trillo also stars in “Mina-Anud”, a movie which centers on the lives of surfers. It is slated to premiere in this year’s Cinemalaya film festival on Aug. 10.