Why Lea is cautious to make reunion movie with Aga 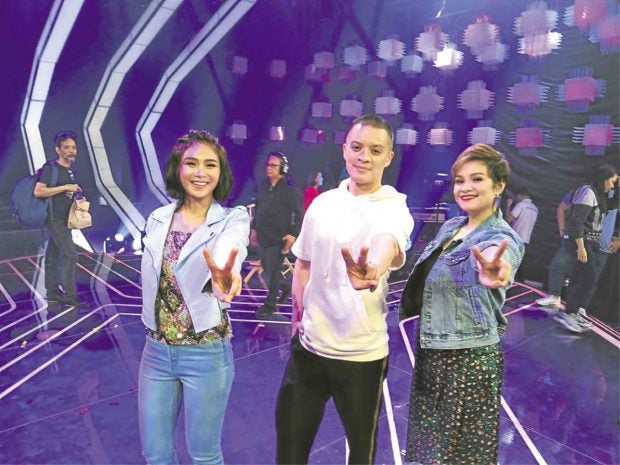 Tony award winner Lea Salonga said she would be open to making another film with former onscreen partner Aga Muhlach, but “there has to be a real clamor for it. Social media is such a small segment of fans. It’s not everybody.”

“If only a few wants to see us in a movie together, then I don’t know if it’s even worth it. I’m happy with the show I’m in. I love what I’m doing with ‘The Voice,’” she told the Inquirer during a recent visit to the set of the reality talent search, which is now taping its blind audition sessions for Season 4 of its “Kids” edition.

Lea and Aga were last seen together in Olivia Lamasan’s romantic drama “Sana Maulit Muli,” released in 1995. People have been asking them about the possibility of a reunion movie ever since the film was digitally restored and re-released in 2015.

“I’m very happy to leave our last movie where it was,” said Lea. “If that’s the last movie we will ever do, then we’ll always be friends. We can hang out. We have to feel that it’s not just a few fans who are asking for it. I don’t want to do it for nostalgia or as a stunt.”

Aga is currently working on another movie with Nadine Lustre—the local adaptation of the Korean film, “Miracle in Cell No. 7,” produced by Viva Films.

Lea is a cast member of Dianne Paragas’ “Yellow Rose,” which was chosen as the opening film of the Asian American International Film Festival in New York City on July 26.

“I’m cautious with regard to film,” admitted the Broadway star. “Film here has been really interesting for the past couple of years. I will first see how ‘Yellow Rose’ does, if it ever gets released locally. If the audiences want to see me onscreen again, then that’s another thing to consider. But then, there’s my schedule—I get booked years in advance. ‘The Voice’ was already booked last year.”

Lea, also a columnist of Inquirer Entertainment, explained that she loved doing “The Voice” because it was through the show that “I actually get to teach, coach and have a hand in the journey of someone who could very well be a superstar.”

She then mentioned past contestants like Darren Espanto, JK Labajo, Esang de Torres, Elha Nympha and Kyle Echarri, who are now making names for themselves in the music industry.

“Kyle and I got to hang out recently. My jaw just dropped at how wonderful his voice has become,” Lea recalled. “He used to be this little awkward kid who auditioned for us five years ago. He’s a young man now. It’s fantastic to see how much he has grown up.”

For “The Voice Kids” Season 4, Lea is joined by coaches/judges Sarah Geronimo and Bamboo Mañalac.