Everyone around me sang along to every incomprehensible Korean word and moved his/her ‘pyong bong’ (Blackpink’s light stick) to the beat of the song. It didn’t matter if I was singing the wrong lyrics
By: Adlyanna Fae P. Velasco
Philippine Daily Inquirer / 12:10 AM July 08, 2019 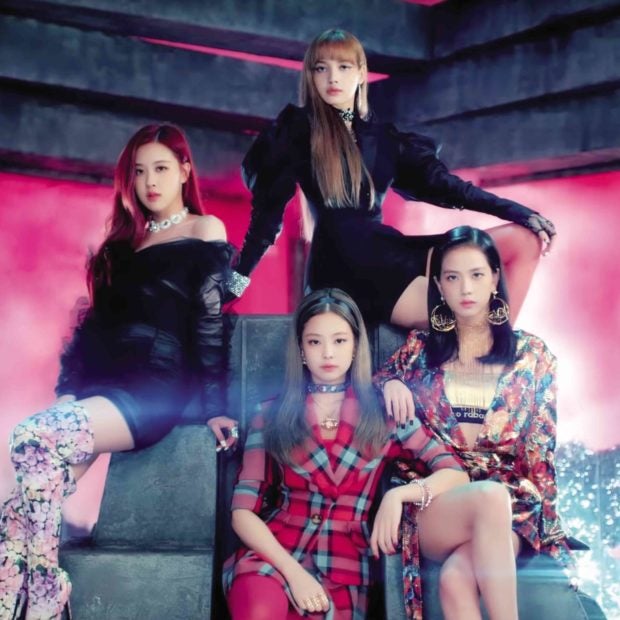 SYDNEY—At 10:30 a.m. on June 14, I arrived at the Sydney Domestic airport after an hour-and-a-half flight from Brisbane. I was hoping to see Blackpink, one of K-pop’s biggest girl groups, there at the airport. Although I didn’t, it’s alright, I thought. I was going to see the group the next day at the concert, anyway. It was the only reason I was in Sydney.

Blackpink—the four-member South Korean girl group made up of Jisoo, Jennie, Rosè and Lisa—had visited 16 countries including my home country, the Philippines, before finally bringing their “In Your Area” World Tour to Australia.

The concert wasn’t going to start until 8 p.m., but as early as the night before, fans already lined up outside Qudos Bank Arena. Most of them were in their early 20s (but there were also younger fans with their parents, as well as older fans).

Once the doors opened, people made a beeline for the merchandise booths. I told myself I wouldn’t buy anything because I already had their light stick, a pink double heart-ended one that made squeaky hammer toy sounds. But I still ended up getting a hoodie and a mini key ring version of their light stick.

I got the chance to watch the girls rehearse some songs prior to the concert, in what they called a sound check party. It was the first time I saw them up close. I couldn’t help but get teary-eyed. There they were, dressed in T-shirts and sweatpants. They looked just as amazing if not better than the pictures and videos I’ve seen on the internet—and without makeup on yet!

Every single one of their music videos played while we waited for the concert to start.

Collective groans echoed whenever a new video would start past the 8 p.m. schedule. Then finally, the lights went dark and everyone started screaming.

Blackpink opened with its hit song, “Ddu Du Ddu Du,” in a flurry of pink smoke. Everyone around me sang along to every incomprehensible Korean word and moved his/her pyong bong (Blackpink’s light stick) to the beat of the song. It didn’t matter if I was singing the wrong lyrics.

Time seemed to pass as the group performed more of its hits: “Forever Young,” “Stay,” and “Whistle” (while shining rainbow lights in support of Pride Month). Then came the time for solo stage performances. First was Rosè’s, who sang a cover of Skylar Grey’s “I’m Coming Home.” When I found out that she also sang this song in Melbourne, her hometown where she grew up, I almost cried.

Lisa’s solo performance was something I had also been looking forward to. I could no longer count how many fancam videos of her “Swalla” performances I’ve watched. She opened with an expressive dance to “Take Me” before moving to the front of the stage, where she danced to Jason Derulo’s “Swalla” among cheering fans.

Jisoo, the eldest member of the group, performed a cover of Zedd’s “Clarity.” She sang  both Korean and English lyrics, electrifying the stage with her vocals and dance moves. After seeing Jisoo in person, I just have to say that it’s no wonder she’s the main “visual” of Blackpink. She literally shone onstage.

Last but not the least, Jennie, performed her single “Solo.” Having been the first member to come out with a solo album, we were treated to her original song and choreography.

The night continued with performances of their latest hit, “Kill This Love,” and earlier songs like “Playing With Fire” complete with pyrotechnics and confetti.

In between performances, Blackpink took the time to thank its fans for their love and support. One by one, they expressed their feelings in English. In the midst of the Korean songs they sang, this could have easily felt out of place, but it made us feel their gratitude and sincerity.

“Stay with us, Blinks,” they said before singing their last song, “Stay.” It’s one of my favorite Blackpink songs not just because of the catchy melody and  lyrics, but because it speaks a lot about the relationship between Blinks (fandom) and Blackpink.