‘AlphaBesties’ from PH chosen for BTG’s Animation Lab in Spain 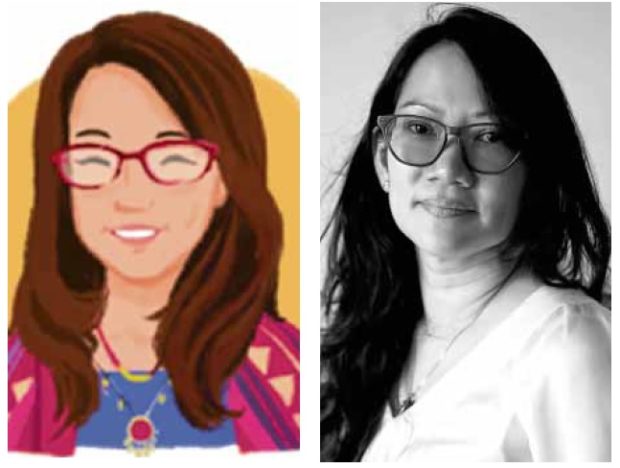 Neema B. Ejercito (right) and her cartoon avatar

Neema B. Ejercito, the creator, writer and director of the animated TV series “AlphaBesties,” will be flying to Tenerife, Spain, this month to take part in intensive workshop sessions organized by the Bridging the Gap (BTG) Animation Lab.

Produced by Toast & Brew Studios, “AlphaBesties” is the only Filipino project chosen for this year’s Lab, which runs from July 14 to 20.

“AlphaBesties” is about a set of felt-crafted alphabet characters that are trying to learn how to spell by working together. “The series targets beginning readers and aims to educate both the mind and the heart of kids so that they learn how to get along to achieve something together,” Ejercito told the Inquirer on Wednesday.

To be chosen to represent the Filipino animation talents, Ejercito said, was both “humbling and such an honor. I hope that through the workshop, the Philippines will be known for world-class, original animation content and production.”

The Bridging the Gap (BTG) Animation Lab is a partner program of the Film Development Council of the Philippines (FDCP) that gives emerging Filipino animators the chance to meet and network with influential international professionals and decision-makers in the animation industry.

BTG’s Animation Lab also aims to strengthen and promote animation projects from around the world and facilitate international collaboration and networks, the FDCP said in a statement.

Through FDCP’s International Film Studies Assistance Program (IFSAP), Ejercito, as well as some of the “AlphaBesties” staff and crew, would be granted assistance through travel support and stipend, said FDCP chair Liza Diño.

“We are honored that BTG recognized the potential of a Filipino animation project among those they’ve received from all over the world,” said the FDCP chief.

For this year, a total of 13 projects selected for BTG’s Animation Lab are feature films and TV series from the Philippines, Brazil, Mexico, Spain, Colombia, Argentina, Ecuador, Venezuela and Chile.

Fifteen directors and producers will be mentored by international experts for seven days in Tenerife.