Bad Bunny, Khalid to perform in Apple Music's 'Up Next' tour | Inquirer Entertainment

Bad Bunny, Khalid to perform in Apple Music’s ‘Up Next’ tour

The streaming service announced yesterday, July 1, that a live series featuring artists from its playlist and its program highlighting breakthrough acts, from Bad Bunny to Khalid, will perform on the “Up Next Live” tour. 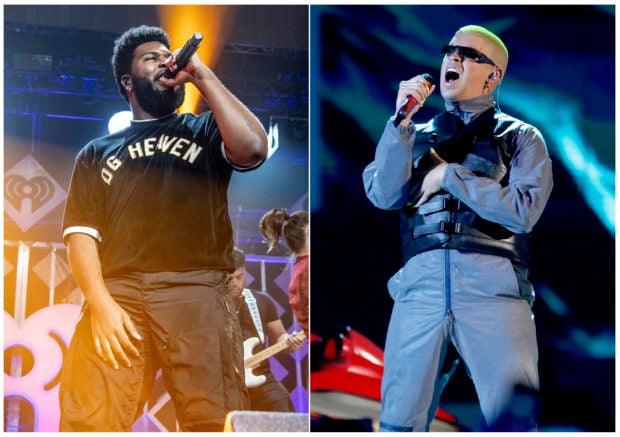 Seven artists will each perform one date on the seven-city trek, which kicks off July 9 with Bad Bunny in Milan, Italy and wraps up on Aug. 23 with multi-platinum singer Khalid in Washington, D.C. The concerts are free for Apple Music subscribers.

The tour will also include singer-songwriters Jessie Reyez on July 19 in San Francisco, King Princess on July 25 in Brooklyn, New York and Lewis Capaldi on July 31 in Paris. Daniel Caesar, who won his first Grammy this year, will perform on Aug. 9 in London and Grammy and Emmy-nominated country singer Ashley McBryde will perform on Aug. 16 in Chicago.

Each month, Apple Music will feature a budding artist in its “Up Next” program, while its “Up Next” playlist includes songs by rising and breakthrough performers. RGA/JB