Ian Veneracion, despite being hot, still has insecurities — and struggles in pronouncing the letter R 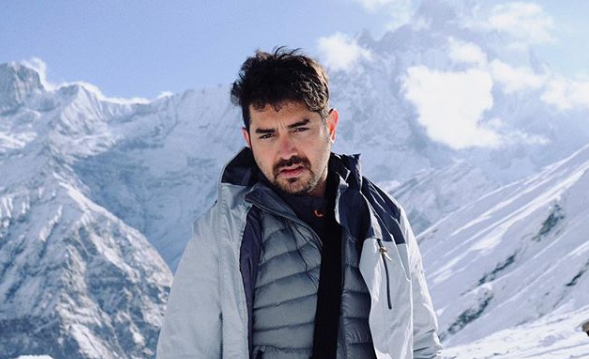 Although he is considered a “dream guy” in the Philippine showbiz industry, Ian Veneracion admitted that he does have his own insecurities.

Veneracion opened up about his qualities that give him self-doubt in an episode of the talk show “Tonight With Boy Abunda” which aired last Monday, July 1.

The actor, when asked if he feels insecure about not having broad shoulders, confirmed that he does, particularly after he got injured from a motorcycle accident.

“Yes, especially when I had a motorcycle accident doon sa motocross (from motocross). My clavicle, nagka-problema (had an injury) so I have drooping shoulders lalo sa left (more so on my left one),” he said.

The actor also revealed that he does not have abs.

“Wala akong abs… actually sinasabi ko na mayroon akong abs kaya lang napapatungan siya ng layer of bacon (I actually have abs but they are covered with a layer of bacon),” he said. “You have to really dig deep to find my abs.”

Veneracion also spoke about his difficulty in pronouncing the letter R, narrating an incident when he had a misunderstanding with a seller when he was buying turon.

To test whether Veneracion is still struggling with his Rs, Abunda asked him to utter the words turon, tractor and kare-kare in quick successions. Veneracion indeed exhibited some struggle, but laughed through the exercise nonetheless.

LOOK: Ian Veneracion rocks with his own version of ‘Ain’t No Sunshine’