MANILA, Philippines — Filmmaker Brillante Mendoza’s “Alpha: The Right to Kill” has bagged another trophy, this time at the Bucharest International Film Festival (BIFF) in Romania for the Special Jury Prize.

Mendoza thanked the BIFF Tuesday in an Instagram story captioned “Thank you @bucharest for the jury prize @alpha the right to kill.” 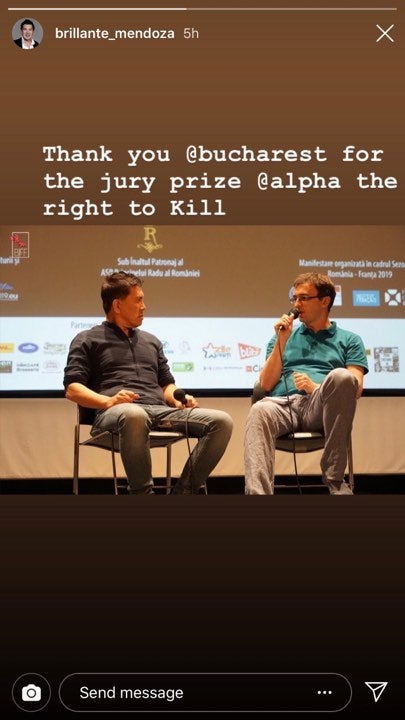 In a Facebook post, BIFF congratulated Mendoza alongside other filmmakers who won awards at the film festival held from June 24 to June 30.

He was regarded as “one of the most important filmmakers of today” and conducted a masterclass on his movies at the film festival.

It tells the story of a drug trafficker named Abel and the disappearance of a policeman and his informer, the money and drugs during an investigation. (Editor: Jonathan P. Vicente)

Art imitates life in ‘Alpha, The Right to Kill’