Dave Bautista on joining ‘Fast and Furious’ spin-off: ‘I’d rather do good films’ 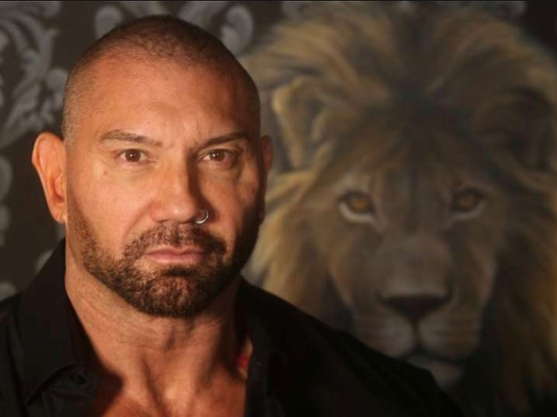 Dave Bautista thumbed down a fan’s suggestion for him, The Rock and John Cena to star in a “Fast and Furious” spin-off.  Image: Instagram/@davebautista

Dave Bautista is snubbing a possibility of starring in a “Fast and the Furious” spin-off.

Pro wrestlers have found their footing in Hollywood action films, with Dave Bautista among them. He is part of the Marvel Cinematic Universe as Drax the Destroyer, starring in “Guardians of the Galaxy” and “Avengers” films.

Dwayne Johnson a.k.a. The Rock has been in the “Fast” franchise since “Fast Five.” He has a spin-off slated for August with Jason Statham called “Hobbs and Shaw.” Last June, Cena was confirmed to star in “Fast and the Furious 9.”

A fan on Twitter (@The_Only_Hybrid) suggested on June 28 that Bautista play a villain in a “Fast and the Furious” spin-off starring Johnson and Cena.

The “Guardians” star did not take the proposal well, responding with vomiting emoji. “Thank you for your consideration #idratherdogoodfilms,” he said.

Twitter users have hit back at the actor’s patronizing post by replying to his tweet with his poorly rated action films including the “Escape Plan” movies, “Wrong Side of Town” and “Hotel Artemis.”

I love you to death man but this tweet is trash pic.twitter.com/TgwgrwEBs6

The “Fast” franchise has enjoyed positive reviews in its offerings from “Fast Five” in 2011 up to its eighth installment “The Fate of the Furious” in 2017, as per Rotten Tomatoes.

Bautista has responded to the criticism in a June 30 tweet.

Genius! Big Dave didnt state that he’s never done a bad film. But I did them for particular reasons that helped build an “acting” career. And I got to work with Sly so in your face with that! You’re dismissed! https://t.co/edz550V0HF

“Genius! Big Dave didn’t state that he’s never done a bad film. But I did them for particular reasons that helped build an ‘acting’ career. And I got to work with Sly (Sylvester Stallone) so in your face with that! You’re dismissed!”

Back in February, Bautista threw shade at Johnson and Cena in a Tampa Bay Times interview. He said he “hated” being compared to them: “Those guys are wrestlers who became movie stars. I’m… something else. I was a wrestler. Now, I’m an actor.”  /ra