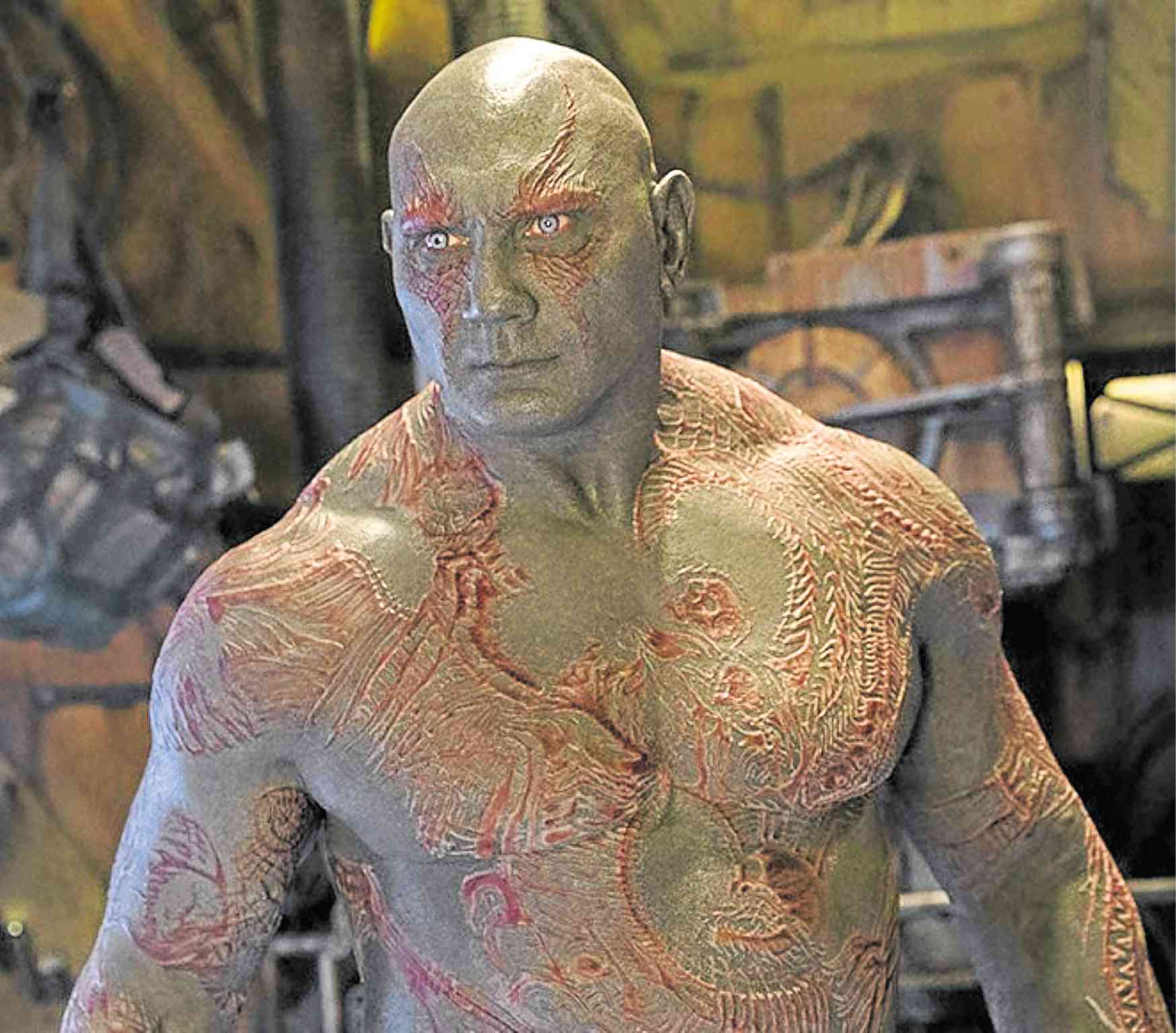 Dave Bautista in “Guardians of the Galaxy”

When Disney fired director James Gunn over offensive old tweets last year, his “Guardians of the Galaxy” actor Dave Bautista quickly came to his defense, and considered quitting the cast of the Marvel film series because he thought it was an unjust sacking.

Gunn, who apologized for his controversial posts, was rehired last month, and will helm the third “Guardians” film. The cast petitioned Disney last July to bring back Gunn, who was also tapped to direct DC’s “Suicide Squad” sequel.

Bautista feels vindicated. “I am, beyond words, stoked,” he gleefully told Fandango. “The day it was announced that he was rehired, I wasn’t really able to celebrate publicly.”

The actor-wrestler added that he will still celebrate: “Not to be smug and rub it in people’s faces, but just to know that I’m really excited … People know how hard I fought for him.”—OLIVER PULUMBARIT