‘The Office’ to leave Netflix as streaming battles heat up 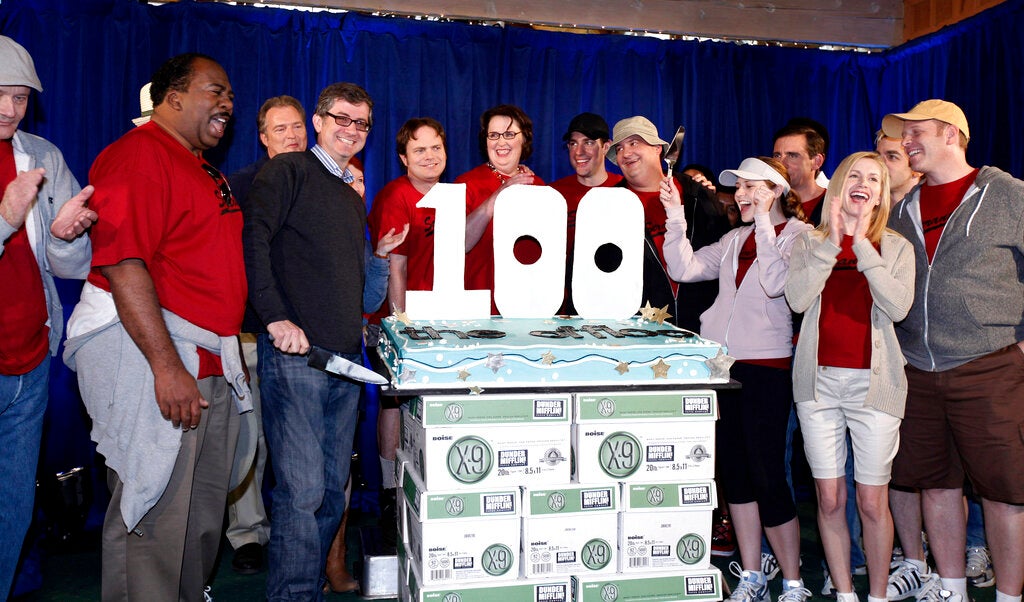 Netflix’s announced that NBC’s hit show “The Office” will be pulled from its lineup after 2020 and head to NBCUniversal’s upcoming service. Image: AP Photo/Matt Sayles, File

NEW YORK — Netflix is losing its most popular TV show, “The Office,” in a sign of things to come as more TV and movie makers start their own streaming services and take back their offerings.

In a tweet Tuesday, Netflix said it was “sad” that NBC will no longer license “The Office” to Netflix, but added that Netflix will still have it for the next year and a half. NBCUniversal’s streaming service is due to start in 2020. Starting in January 2021, the yet-unnamed NBC service will be the exclusive home in the U.S. of all nine seasons of the sitcom, which follows the hapless employees of the Dunder Mifflin paper company.

Although Netflix has been emphasizing original shows and movies, previously televised shows such as “The Office” are still popular, especially as people abandon traditional pay TV providers like cable and rely on streaming for such shows. “The Office” was the most viewed show on Netflix in 2018, streamed for over 52 billion minutes, according to Nielsen. That equates to nearly 15 hours for each of Netflix’s 58.5 million U.S. subscribers. “Friends” was No. 2 and “Greys Anatomy” was No. 3.

Producers of such shows have been happy for the extra revenue they get for licensing shows to Netflix and similar services. But those partners are morphing into competitors as content makers like NBCUniversal, Disney and WarnerMediacreate their own services to vie for Netflix’s viewers. Apple is also building its own streaming service with original shows from Oprah and Steven Spielberg.

These content companies are hoping to build viable streaming businesses — though it’s not clear how much revenue they’ll get from them at first. For that reason, these companies have to weigh whether it’s worth losing revenue from the likes of Netflix in the short run.

Disney, which is launching its own service by the end of the year, has told investors that it expects a $150 million operating loss for the fiscal year ending in September because of the forgone licensing revenue. And WarnerMedia reportedly got $100 million for Netflix to license “Friends” for 2019 alone, money it will lose if it takes the show back for its service as expected.

Owners of TV shows and movies typically license their videos to third-party services for a certain amount of time. Netflix’s licensing deal for “The Office” is set to expire in 2020. NBCUniversal bought the rights back to use on its own service beginning in January 2021.

NBCUniversal did not disclose financial terms, though published reports say NBCUniversal bid $100 million per year for five years to keep the show in-house, more than what Netflix and others were offering. It’s an internal bid in which the streaming business will acquire the rights from another division, the Universal studio.

Experts say the new services, except perhaps Disney’s, are not likely to draw the numbers that Netflix has spent years building, as consumers suffer streaming fatigue. Netflix has 139 million paid subscribers worldwide.

The shift will be pricey for customers, too. Those who already pay $13 a month for Netflix or $6 for Hulu for their most popular plans might be wary about shelling out for other monthly services.

Loup Ventures analyst Gene Munster said he believes there will be an increase of people experimenting, trying out a service for a month or two and then canceling.

Eventually “people may simply have three or four offerings they pay $10 a month for,” he said. “We may get there over time, but over the next one or two years people are going to be more finicky.”

“It is just a function how much investment everyone is willing to make,” he said. “The buy-in for being meaningful is $5 billion, and that’s just the buy-in.” Netflix, for example, spent $12 billion on content in 2018, although that includes original and non-original programming.

Netflix has said it isn’t worried about the increased competition. CEO Reed Hastings said he welcomes the new services and doesn’t believe they will have a material effect on the company’s earnings.

“There’s a ton of competition out there, and Disney and Apple add a little bit more,” Hastings said during a recent call to discuss the company’s financial reports. “But frankly, I doubt it will be material, because again, there’s already so many competitors for entertainment time, which is great for consumers and it’s exciting for us.” NVG

‘Friends’ staying on Netflix through 2019

Read Next
‘Dog the Bounty Hunter’ co-star Beth Chapman dies at 51
EDITORS' PICK
WHO: Indoor airborne spread of coronavirus possible
Water remains our saving grace right now
Motostrada expands by handing over ‘Trident’ and adding new ‘Horseman’ to its growing business
No arrests to be made on 1st day of allowed pillion riding for couples — HPG
House panel set to meet for possible decision on ABS-CBN franchise bid
Digital hunt for Hyun Bin: 5 challenges for Smartees
MOST READ
‘I will always speak up for you’: Server on defending Fil-Am family from racist rant
‘Nouveau’: Agot Isidro hits Jinkee Pacquaio’s show of luxury Hermes, Louis Vuitton bikes
Bela Padilla on being tagged a Diehard Duterte Supporter: ‘Nope, not at all’
Solon withdraws support for ABS-CBN franchise renewal
Don't miss out on the latest news and information.