The Amazon Studios production will be written and directed by Mike Cahill (“I Origins”, “Another Earth”). Cahill also directed the pilots of “The Magicians”, “The Path” and “Rise”. 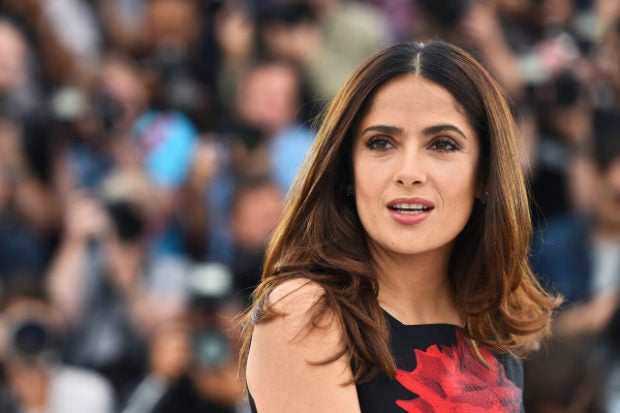 Salma Hayek poses during a photocall for the film “Il racconto dei racconti” (Tale of Tales) during the 68th Cannes Film Festival in Cannes, southeastern France, on May 14, 2015. Image: AFP/Anne-Christine Poujoulat

Isabel, who lives on the streets, is convinced that the polluted, broken world around them is not reality but an ugly simulation taking place inside the beautiful, peaceful “real” world of bliss. Though skeptical at first, Greg starts to think there may be something to this conspiracy theory.

Endgame Entertainment’s James D. Stern will produce the project, with Lucas Smith and Marsha Swinton on board as executive producers.

Hayek was most recently seen in “The Hummingbird Project” with Jesse Eisenberg and Alexander Skarsgård, as well as in the critically-acclaimed “Beatriz at Dinner”. She will next star alongside Tiffany Haddish and Rose Byrne in comedy “Limited Partners”, and “The Hitman’s Wife’s Bodyguard” where she reprises her role as Sonia Kincaid opposite Samuel L. Jackson and Ryan Reynolds.