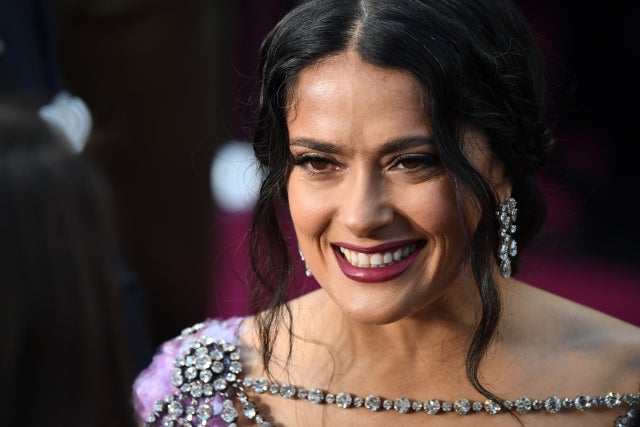 The comedy “Limited Patrners” will be directed by Miguel Arteta (“The Good Girl”, “Chuck & Buck”).

Tiffany Haddish (“Girls Trip”) and Rose Byrne (“Bridesmaids”) play two best friends who start a successful beauty company together. When a big buyout offer from a tech company comes their way, their relationship is put to the test as the two find themselves at war with each other.

Hayek will play an executive from the tech company, who makes the buyout offer and then pits the two friends against one another.

The Mexican actress most recently starred in “The Hitman’s Bodyguard” (2017).

Arteta recently directed the comedy “Beatriz at Dinner” with Hayek and John Lithgow.

The script for “Limited Partners” was penned by Sam Pitman and Adam Cole-Kelly. Production on the film is set to start October 2018, with a planned June 2019 release. JB