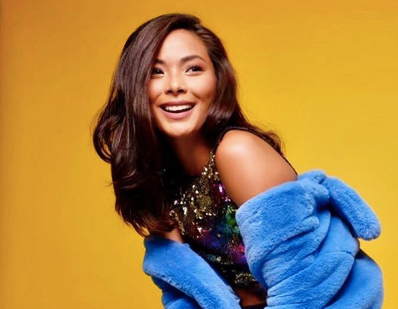 Binibining Pilipinas-Universe 2016 Maxine Medina has apologized for her past remarks on Miss Universe Spain 2018 Angela Ponce, the first ever transgender woman to join the Miss Universe pageant.

Medina is part of MEGA Magazine’s equality campaign for Pride Month, and took to social media on June 12 to make known her support for the Lesbian, Gay, Bisexual, Trans, Queer (LGBTQ+) community.

She, however, was called out by some netizens on Twitter who reminded her that she expressed her disfavor for transgender women joining Miss Universe in July 2018.

At the time, Medina said there are many other pageants for transgenders if they really want to join. She also agreed that Miss Universe should solely be for “natural-born women.”

Following the call-out, Medina took to Twitter on Thursday, June 13, to clarify her past remarks, saying she was not disregarding Ponce when she took her stand.

“I was concerned about the other girls joining Miss Universe but that doesn’t mean I am transphobic. I am proud of Angela and I respect her and the community,” she said in tweets. “If I have offended people, I am sorry but it was never my intention.”

When I took a stand, that’s not for me to disregard Angela. I was concerned about the other girls joining Miss Universe but that doesn’t mean I am transphobic. I am proud of Angela and I respect her and the community.

If I have offended people, I am sorry but it was never my intention.

Medina also took to Instagram where she humbled herself and admitted she was “misinformed, and lacking in empathy and understanding” when she made the remarks last year.

She added she has much to learn and is willing to go through the steps to understand more the importance of equality in beauty pageants.

“Having been made aware, I am humbling myself as a human being,” said Medina. “Now, it is my hope that whether it’s Miss Universe and all the other pageants in the world, women and transwomen continue to dream big and prove themselves that as a woman, you can do anything to be the queens you want to be.”. /ra

Maxine Medina doesn’t favor transgender women joining Miss Universe, says there are other pageants for them