Maxine Medina doesn’t favor transgender women joining Miss Universe, says there are other pageants for them 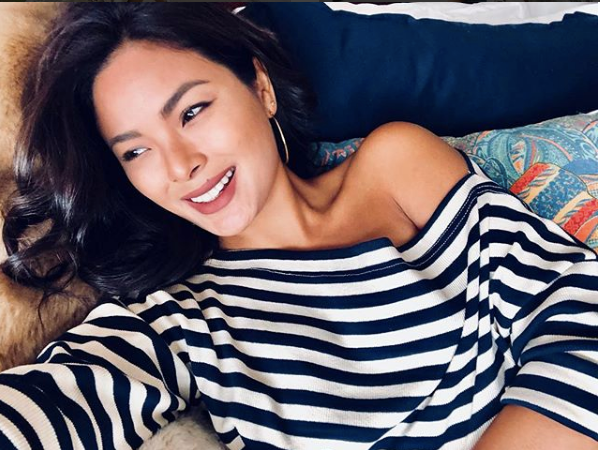 It appears that not only Teresita Ssen “Winwyn” Marquez is uncomfortable with the idea of transgender women joining the Miss Universe pageant, but Maxine Medina too.

The Binibining Pilipinas-Universe 2016 echoed Marquez’s opinion in a press conference for her upcoming movie “Pinay Beauty.” The interview was posted on YouTube Tuesday by entertainment writer Allan Diones.

(Well, if they really want to join, there are pageants that are right for them.) (So it would be equal for girls, right? Of course, we also want to share something, especially among women.)

But since the Miss Universe Organization allowed such contestants to join, the beauty queen turned actress could only say, “Well, that’s good. I don’t have anything to say na kasi yung (because the) president na [ng Miss Universe] nagsabi (already said so.)  So, it’s with them.”

When someone asked Medina if the pageant should solely be for “natural-born women,” she agreed. “May iba-iba namang pageants, super dami namang pageants naman around the world eh,” she added.

(There are many pageants, so many of them around the world.)

Previously, Marquez opined that the prestigious contest should be for “natural-born women,” but clarified that she too respects the decision of the pageant organization.

The question of whether or not transgender women should join the Miss Universe comes after Angela Ponce, who was formerly a man, was crowned Miss Spain. The pageant lifted the ban on letting such contestants compete back in 2012.

While Medina and Marquez are uncomfortable, this year’s bet in the contest, Catriona Gray, said in a Push interview that she had no problem with it.  Katrina Hallare /ra

Read Next
LOOK: Erwan Heussaff sends Anne Curtis flowers a thousand miles away
EDITORS' PICK
Smart brings KCON:TACT especially 4U to subscribers from June 19 to 27
Smart celebrates all kinds of ‘#SimplyLove’ for Pride Month
Behind Terance Mann’s 39, Clippers oust Jazz in Game 6
SWS: Over 12M Filipinos still jobless as of May 2021
WATCH: INQside Look with Fil-Am actress Aina Dumlao
Gilas out to prove Korea win not a fluke; Tab fires back at ‘lucky shot’ remark
MOST READ
Underdog Dasmariñas vows to fight to the death vs Inoue
Brazil set to pass half a million COVID-19 deaths
The opposition’s dilemma
Anne Curtis, Solenn Heussaff to launch new project ‘Tili Dahli’ next week
Don't miss out on the latest news and information.