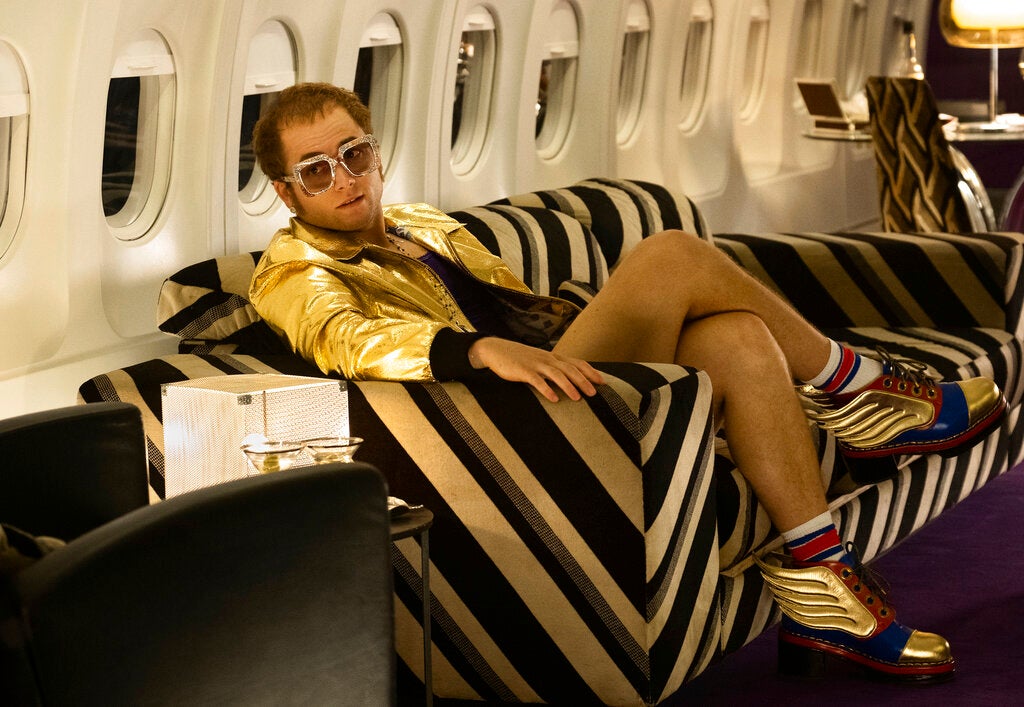 Elton John and the filmmakers said in a statement that the deletion “is a sad reflection of the divided world we still live in and how it can still be so cruelly unaccepting of the love between two people.” This image released by Paramount Pictures shows Taron Egerton as Elton John in a scene from “Rocketman.” Image: David Appleby/ Paramount Pictures via AP

LOS ANGELES — Elton John and the filmmakers of his biopic “Rocketman” on Friday sharply criticized a Russian distributor’s decision to censor scenes from the new movie.

A joint statement by John and the filmmakers said they were unaware that scenes featuring gay sex and drug use would be removed from the film at a screening in Moscow on Thursday. Reports say five minutes of scenes were cut from the film.

“That the local distributor has edited out certain scenes, denying the audience the opportunity to see the film as it was intended is a sad reflection of the divided world we still live in and how it can still be so cruelly unaccepting of the love between two people,” the statement said.

The biopic premieres in the U.S. on Friday and in Russia on June 6.

The film delves into John’s sexuality and relationship with then manager John Reid. It stars Taron Egerton who does all his own singing as John in the musical fantasy that captures the essence of the singer’s life.

The statement said John and the filmmakers hoped “Rocketman” could “open dialogue” regarding homosexuality.

“We believe in building bridges and open dialogue, and will continue to push for the breaking down of barriers until all people are heard equally across the world,” the statement said. NVG