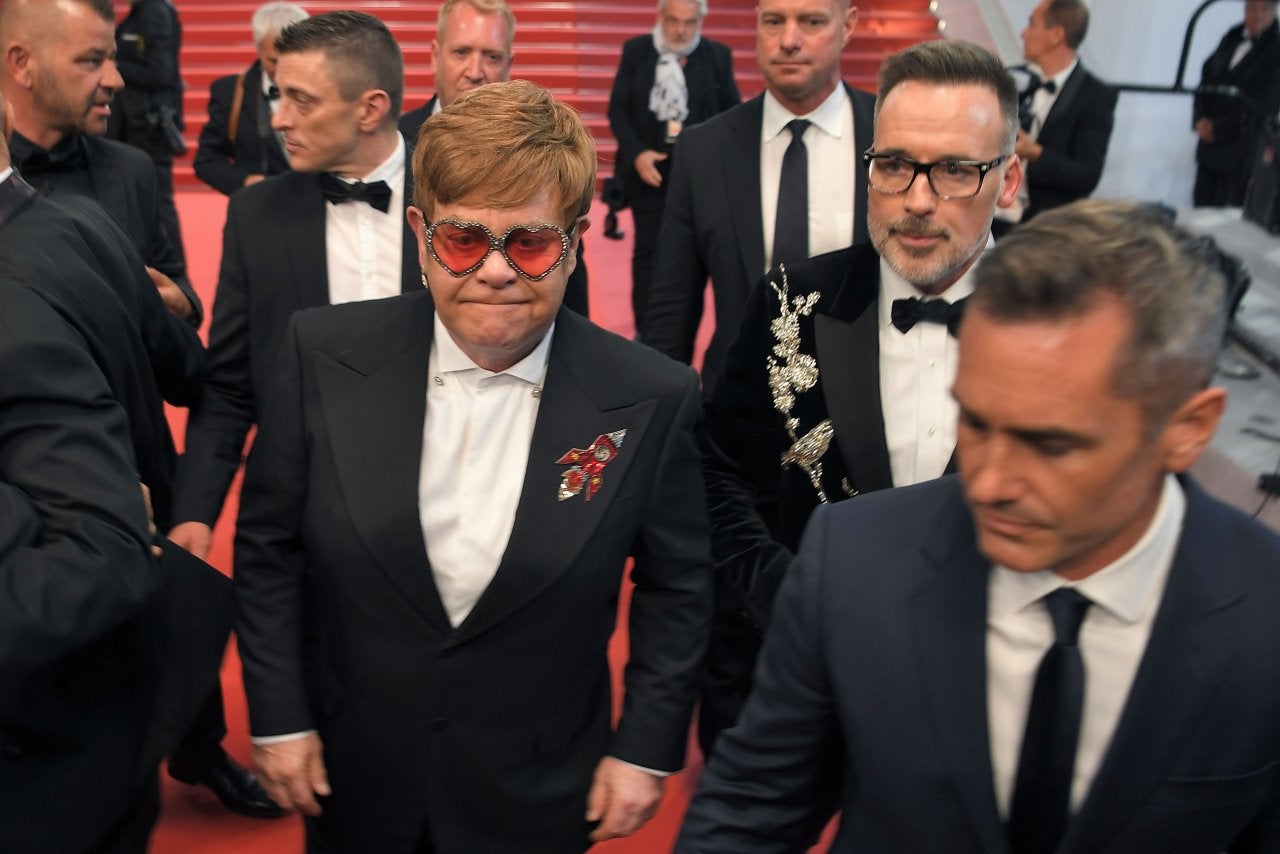 Elton John said on Saturday, May 18, that the hardest thing to watch in “Rocketman”, the biopic of his life that premiered at the Cannes film festival, was the parts about his family life.

“It’s hard to watch the family stuff. The drugs stuff I can handle because I did it, but the family stuff is touching,” he told Variety in an interview on the warts-and-all movie about his wild rock and roll years.

The film won an extended standing ovation in Cannes, with critics hailing its honesty and the way it deals frankly with the British singer’s struggles with drugs, alcohol and his own sexuality.

“Part of the reason I became the addict that I was [is] because of my background,” said the 72-year-old megastar.

“I really value the fact that (my parents) stayed together for me when they were unhappy with each other. I’ve come to understand the circumstances that they went through and I’m not angry or bitter about that whatsoever,” he shared. “But it did leave a scar and that scar took a long time to heal, and maybe it will never heal totally.”

John had a much-publicized eight-year feud with his formidable mother Shelia Farebrother, who he accused of trying to interfere in his life, but they buried the hatchet just before her death at the age of 92 in 2017.

An only child, John was raised by his grandparents until he was six before moving in with his parents. They divorced when he was 14.

The movie also explores the singer’s long and successful songwriting partnership with lyricist Bernie Taupin, which produced seven consecutive number one albums in the United States between 1972 and 1975.

“The wonderful thing is the relationship I have with Bernie, which is the glue of the movie,” the singer said. “We’ve been together for over 50 years and to have this relationship being so strong, means a lot in this kind of business that we work in.” HM/JB