The incredible story of the Sicilian mafia’s most famous informer has wowed Cannes but the film’s Italian director lamented Friday that his astonishing courage failed to deal the mob a fatal blow. 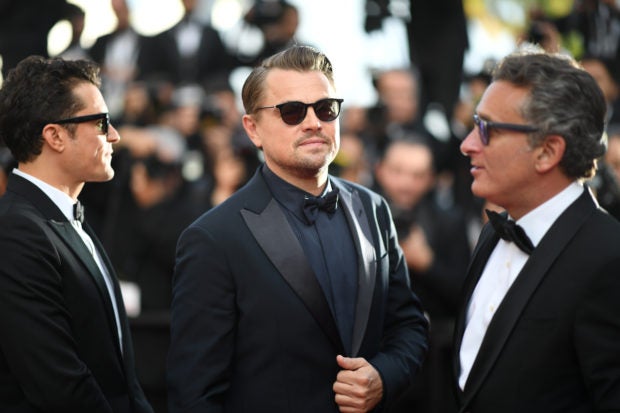 “The Traitor”, which drew stars including Leonardo DiCaprio and Orlando Bloom to its red carpet premiere, tells a tale of death-defying resistance against some of the world’s most powerful crime bosses.

Tommaso Buscetta was the first major Sicilian mafia boss to break the traditional “omerta” code of silence. Despite the mafia murdering 20 of his relatives, including his wife, brother and two of his sons, Buscetta continued to give evidence against his former comrades.

The film by veteran director Marco Bellocchio charts the charismatic Buscetta’s path to redemption, and paints him as a pivotal if deeply flawed historic figure.

“He’s not a hero of course, he’s just a very courageous person. He wants to save himself and the life of his family at the same time,” Bellocchio said.

“He’s full of nostalgia for a type of mafia he grew up in and that christened him in a sense. He’s not a revolutionary… of the type that wants to change the world, like Fidel Castro or Che Guevara.”

Bellocchio said he sought to avoid the Hollywood cliches of the mob in bringing the Cosa Nostra to life.

“We’ve all seen the Godfather movies and the risk we took was to try and do something different, he said. “We wanted to follow our own path and didn’t want to be afraid of doing or not doing what had already been done.”

Buscetta’s damaging testimony led to the conviction in 1986 of 475 mafiosi and gave American and Italian law enforcement officials invaluable insight into the running of the Cosa Nostra.

It also resulted in devastating mafia revenge attacks on his family.

And it forced Buscetta to undergo several plastic surgery operations to change his appearance and to move to the United States in 1985 under FBI protection.

Actor Pierfrancesco Favino, whose portrayal of Buscetta drew critics’ praise, said he was a paradoxical figure with his own code of honor.

“What I found most difficult is that he is an assassin — he’s a character that I can’t forgive,” he said.

“But he’s quite a romantic which I am too,” with a deep love for his wife and children. “I thought about these things very deeply rooted in me and sometimes this made me a little bit afraid when I went home at night.”

In 1995, Buscetta gave evidence against former Italian prime minister Giulio Andreotti in the latter’s trial for alleged complicity in the murder of an investigative journalist. Andreotti was acquitted four years later.

But after Buscetta’s defection, several hundred mafiosi turned in evidence in return for a new identity, protection for themselves and their families, and financial help.

His confessions allowed authorities to destabilize the mafia in the 1980 and 1990s, also touching off anti-mob demonstrations in Palermo, Bellocchio noted.

The film depicts how Buscetta revealed to judge Giovanni Falcone the makeup of the Cupola, the secret mafia executive in charge of running the international drug trade in the 1980s.

He also exposed the key role in that executive of Toto Riina, a top mobster who orchestrated a murder campaign including the assassination of Falcone himself.

Buscetta eventually died aged 71, not of an assassin’s bullet but of cancer in the U.S. in 2000, where he was under a witness protection program. He was surrounded by the surviving members of his family.

Bellocchio admitted that Buscetta’s impact, while powerful, had only been temporary.

“The mafia wasn’t completely destroyed — it was only a partial defeat,” he said.

The Sicilian Cosa Nostra, Calabrian ‘Ndrangheta and Neapolitan Camorra are still the largest crime groups on the continent. RGA/JB