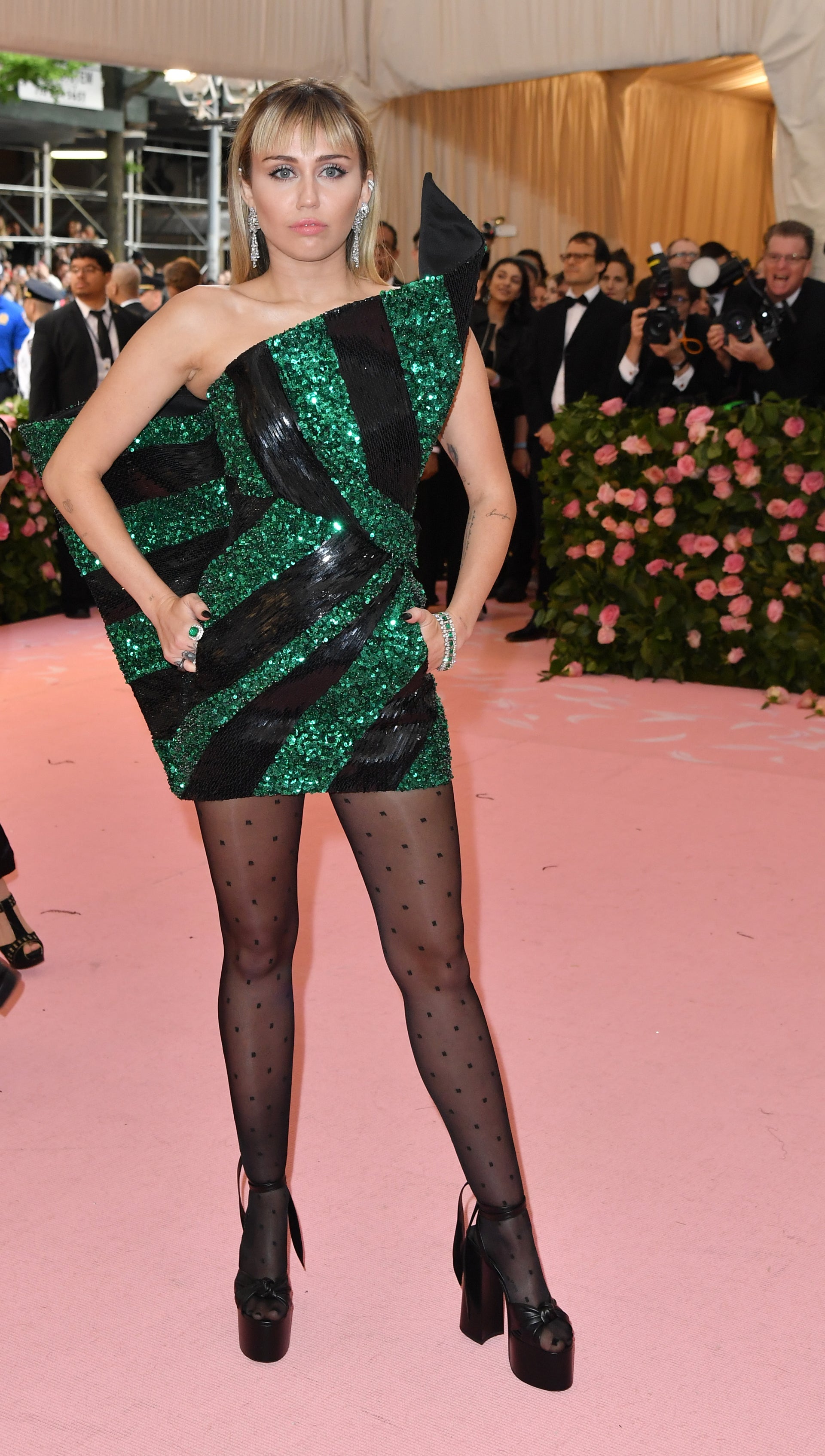 Miley Cyrus arrive for the 2019 Met Gala at the Metropolitan Museum of Art on May 6, 2019 in New York. Image: AFP/Angela Weiss via AFP Relaxnews

“Cattitude” sees Cyrus returning to the rapping of her “Bangerz” era as she spits, “Turn up your gratitude, turn down your attitude, I love my, I mean I got cattitude.”

She also weighed in on Nicki Minaj’s ongoing feud with fellow rapper Cardi B singing, “I love you Nicki, but I listen to Cardi.”

On the rock ballad “Dream”, Cyrus hints at Wu-Tang Clan’s 1994 hit “C.R.E.A.M” with lyrics such as, “Drugs rule everything around me.”

Cyrus announced that a studio version of “Mother’s Daughter” will be released shortly teasing with the statement, “She is coming on May 31” on the bio of her social media platforms.

These past few weeks, the 26-year-old singer had been posting several enigmatic teasers about upcoming new music.

Earlier this month, she revealed that her seventh studio album was complete. The record which remains untitled to this day will follow her 2017’s country-influenced “Younger Now”.

“This is the story of females in the music industry. I understand everyone’s gone through this but I do think for females in the industry, it’s hard to be taken seriously,” Cyrus said. “People assume that if you are not wearing a bodysuit and singing pop music, why would anyone want to see you.” HM/JB

Read Next
Real-life mafia turncoat gets Cannes star turn
EDITORS' PICK
Metro Manila’s daily COVID-19 growth rate drops to 2% — Octa Research
Over 3 Million worth of prizes to be won at Smart Padala’s SENDali Manalo Promo!
SMDC’s Bloom Residences: A master planned community that cares for your health and wellness
What to expect as Metro Manila starts ‘no vaccination, no ride’ policy on Monday
COVID-19 cases in PH pass 3.2 million mark with 37,154 new cases — DOH
Upsilon, Unilever give ‘real talk’ on climate change crisis
MOST READ
IATF protocols now apply to travelers who arrived on or before Jan. 13
‘Not my loss’: Did Kris Aquino just comment on her breakup with Mel Sarmiento?
Thailand records first Omicron death
Tito, Vic and Joey still not quitting, breaking trends as they celebrate 50th year in the biz
Don't miss out on the latest news and information.