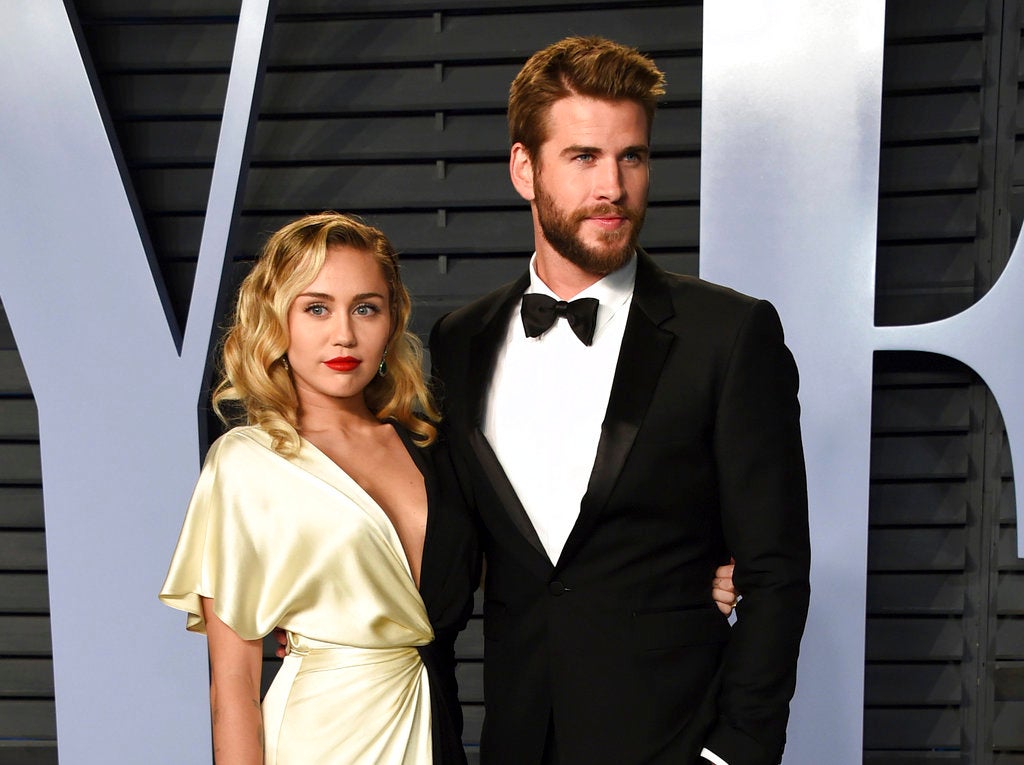 After being engaged for several years, did Miley Cyrus and Liam Hemsworth finally seal the deal as husband and wife?

Cyrus and Hemsworth reportedly got married in secret over the weekend, as shown in Instagram Stories shared by their friend, surfer Conrad Carr. The photos were then reshared on Twitter by a netizen named Nick (@tomsbizzle) on Monday, Dec. 24.

The first photo showed Cyrus and Hemsworth, wearing an off-shoulder white dress and tuxedo respectively, cutting what appears to be a tiered wedding cake.

Other photos showed Hemsworth having fun with brother Chris, who looked casual in his tropical-themed top and jeans. It could also be seen that there is a “Mr. and Mrs.” balloon display in the background.

“MILEY CYRUS AND LIAM HEMSWORTH GOT MARRIED LAST NIGHT IM SO HAPPY THEY ARE THE CUTEST COUPLE,” the netizen enthusiastically wrote. His post garnered around 200 retweets and 1,200 likes, as of writing.

MILEY CYRUS AND LIAM HEMSWORTH GOT MARRIED LAST NIGHT IM SO HAPPY THEY ARE THE CUTEST COUPLE pic.twitter.com/2qq7l0mAg4

The couple faced tragedy in November when they lost their Malibu home on from the California wildfire. Because of this, Cyrus told radio host Howard Stern that she considers him as her “survival partner.”

“[He’s] my partner, I call him my survival partner now.” Cyrus said in a “The Howard Stern Show” guesting last Dec.  12. “He thinks it’s not romantic, but I learned that it is. That is why you pair up with someone, for survival, and he was so incredible.”

Cyrus and Hemsworth met in the 2009 movie “The Last Song”. They dated for three years, and were engaged in 2012. They broke up in 2013, but Cyrus confirmed in October 2016 that they were engaged anew, through an appearance at “The Ellen DeGeneres Show”. JB