The correspondence of the Canadian singer and poet Leonard Cohen will be auctioned in June by Christie’s, under the title “Write Me and Tell Me Your Heart: Leonard Cohen’s Letters to Marianne.” 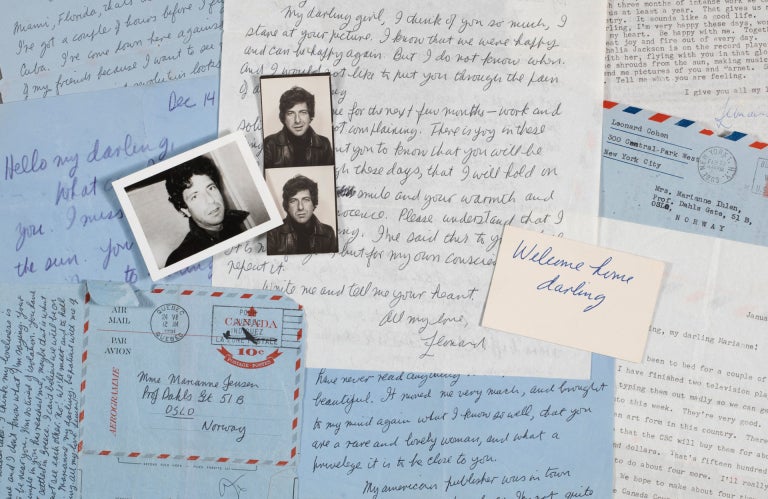 The online auction “Write Me And Tell Me Your Heart: Leonard Cohen’s Letters To Marianne” will run from June 5 to 13. Image: courtesy of Christie’s via AFP Relaxnews

The sale features an archive of over 50 love letters from Cohen to his lover Marianne Ihlen, most of which have never been seen publicly. Ihlen’s family is selling the letters.

Postmarked from Hydra, Montreal, New York, Tel Aviv and Havana, they were written during pivotal years in Cohen’s career.

The letters began in 1960, when he was a 26-year-old poet struggling to sell his first book of poetry “Let Us Compare Mythologies”.

After meeting on the Greek island of Hydra, Ihlen soon became Cohen’s greatest muse, inspiring him to write some of his most emblematic songs such as “So Long, Marianne” and “Bird on the Wire”.

Highlights from the auction include a letter written in Tel Aviv, Israel, in September 1960 at the start of their relationship.

“It’s hard to write you. The surf is too loud. The beach is too crowded, and you’re too much in my heart to put anything down,” wrote Cohen.

“Every singer you’ve ever heard of was there performing. Judy Collins introduced me to the audience, over 3,000 people, and they seemed to know who I was, mostly because of [his song] ‘Suzanne’,” he wrote to Ilhen.

Among the most coveted items is a crackled bronze bell from the couple’s home in Hydra, estimated to fetch up to $12,000. The instrument is famously included in the chorus of Cohen’s “Anthem”, from his seminal 1992 album “The Future”. 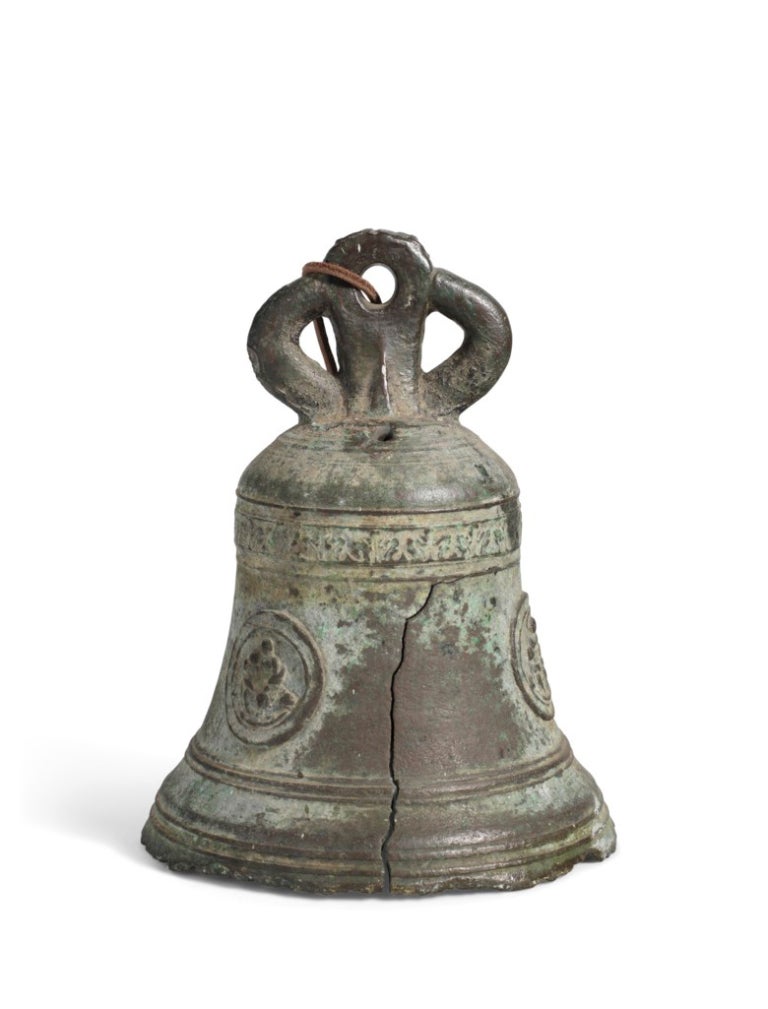 “Ring the bells that still can ring / Forget your perfect offering / There is a crack, a crack in everything / That’s how the light gets in,” he sings.

The online auction “Write Me and Tell Me Your Heart: Leonard Cohen’s Letters to Marianne” will run from June 5 to 13. JB