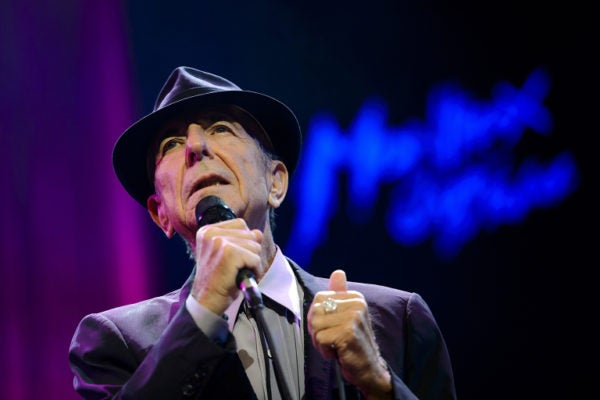 Montreal this week celebrates Leonard Cohen, its native son whose sage and spiritual songwriting impacted generations. But the singer, who died one year ago, probably wouldn’t have wanted it.

“In all honesty, I think it’s better that he’s not here for this,” admitted his son Adam Cohen, who has spearheaded the anniversary commemorations.

“One of his chief distinguishing characteristics was his modesty. I think he would have shied away from this event and tried to discourage us from making this visible and big and bothering anyone by inviting them,” Cohen told AFP.

The anniversary’s highlight will be a tribute concert Monday night at Montreal’s Bell Centre arena that features a wide range of artists who were impacted by Cohen.

The city’s modern art museum, the Musee d’art contemporain, will also inaugurate an exhibition on Cohen’s life entitled “Crack in Everything”, a lyric from “Anthem”, his song of finding hope in bleakness.

Adam Cohen — himself a musician who produced his father’s final album last year, “You Want It Darker” — said he felt a filial duty to put together the tribute, no matter how much the late artist would have resisted it.

“I really wanted to put on display the span of influence that he had and give people an opportunity — and especially in this town, Montreal — an opportunity to come and praise him and celebrate his songs and lift them into the night in one joyous and sentimental and touching occasion,” he said.

He was buried in accordance with his wishes, in a small, private ceremony with his body in an unadorned pine casket placed next to his parents in a Jewish cemetery of Montreal.

Cohen, the son of a tailor in the city’s English-speaking community, frequently alluded to his native city in verse even as he traveled the world, spending years in New York, on the Greek island of Hydra and finally in Los Angeles, where for a time he was a Buddhist monk.

Adam Cohen described his father and himself as a sort of “Montreal diaspora,” who become even more attached to the city as they left.

“Montreal is something mythical to us. It’s celebrated; we are ambassadors for Montreal everywhere we go,” he said.

“Montreal was very dear to my father and for that reason this event happening in Montreal is that much more poignant and powerful.”

Cohen entered music relatively late in life after first finding acclaim as a writer. As he neared, death he collected his unpublished poetry which will be published next year in a final book, called “The Flame”.

With songs that meditated on the nature of love and the divine, Cohen struck a chord among generations of listeners, even though he had few hits when judged by sales charts.

“Hallelujah”, a biblically inspired hymn on the search for the spiritual, became Cohen’s most identifiable song. Released in 1984 after exhaustive revisions, “Hallelujah” has since been covered hundreds of times including by folk singer K.D. Lang, who will perform at the tribute concert.

Cohen returned to touring in the 2000s, in part because his former manager stole much of his savings, and packed arenas, the ever-dapper singer sporting crisp suits and always polishing his shoes before taking the stage.

“There were a lot of people from his generation that became nostalgia acts. He was never a nostalgia act. He kept pertinent all the way to the end,” Adam Cohen said.

“If he continues that trajectory, it wouldn’t surprise me, if civilization is still around in a couple hundred years, if some of his songs were sung down by the river as someone does their laundry. It’s that kind of catalog,” he said with a laugh. JB