LOS ANGELES—A film starring Lea Salonga and Eva Noblezada, who were both outstanding as Kim in the Broadway and West End productions of “Miss Saigon,” has been reaping awards since it recently debuted in the film festival circuit.

Since then, the film directed and cowritten by Diane Paragas, also nabbed the grand jury narrative feature honors from both the Bentonville Film Festival (founded by Geena Davis in Arkansas), which came with a distribution agreement with AMC, and the CAAMFest (Center for Asian American Media Festival), the renowned Bay Area film event.

“Yellow Rose,” in the words of coproducer Cecilia Mejia tells the story of “Rose (Eva), an undocumented 17-year-old Filipina, who dreams of one day leaving her small Texas town to pursue her country-music dreams. Her world is shattered when her mom (Princess Punzalan) suddenly gets picked up by Immigration and Customs Enforcement (ICE).

“Rose, facing this new reality, is forced to flee the scene, leaving behind the only life she knows, and embarks on a journey of self-discovery as she searches for a new home in the honky-tonk world of Austin, Texas.”

Remarkably, Diane offered the title role on the spot to Eva right after watching her as Kim in the Broadway revival of “Miss Saigon.” By coincidence, the movie marks the feature film debuts of Eva (performance) and Diane (direction).

In addition to her work in “Yellow Rose,” Eva is also making waves anew on Broadway via “Hadestown,” for which she recently earned a Tony nomination for best actress in a musical, her second after her nod for “Miss Saigon.”

“When you cast a theater actor for cinema, it’s a bit risky because, of course, that style of acting is completely different,” Diane wrote in our e-mail interview. “But when I went to see Eva on Broadway, I was so impressed and pleasantly surprised that she was so naturalistic and cinematic onstage.

“I knew that Eva had never done a film before—not even a short—but her breathtaking performance in ‘Miss Saigon’ convinced me she could do it.”

“It’s definitely not a coincidence,” Diane stressed when I asked her about Eva and Lea, two actresses who memorably played Kim, in the cast.

“I knew I wanted to have Lea in the film from the beginning, but I wasn’t sure how or why,” the filmmaker continued. “As we went through our final revisions of the script, I included this new character of Rose’s aunt. Anticipating that I was going to ask Lea to be in the film, I wrote the part thinking of her in it. So in a way, I wrote it for Lea.

“There’s an important scene in the film where Eva and Lea get to sing together, which they beautifully execute. Of course, I knew Broadway fans and Filipinos would love that.”

While funding for the film took 15 years, “Yellow Rose” is a timely and relevant project amid the current immigration crisis in the United States and the controversy with ICE agents and detention centers, the heartbreaking separation of children and families, and President Donald Trump’s insistence on constructing a wall in the US-Mexico border.

“The film took a long time to get financed, but always the film’s themes were about immigration and the story of a coming of age of a musical artist,” Diane explained. “But once we did get financing and were doing the final script, immigration and building the wall was very much in the news. 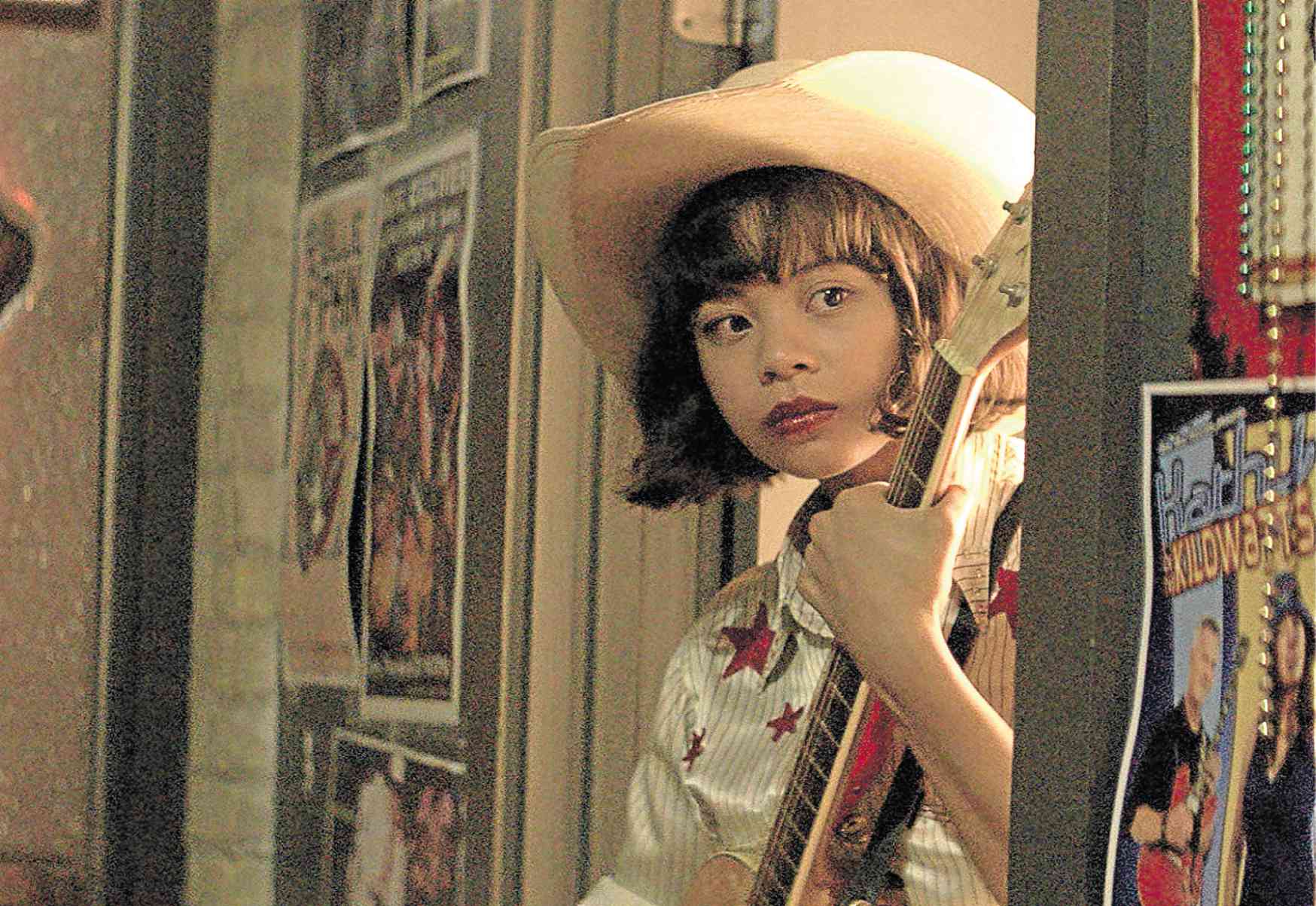 “I definitely wanted to show in more detail and from the perspective of the undocumented family what happens when you go through the system. In the course of research, I visited detention centers and interviewed Filipino families who had gone through the experience of being arrested and spending time in detention centers.

“It was shocking and heartbreaking to hear their stories and much of what is in the film is based on what they shared with me.”

The tenacity of the producers, Cecilia, Rey Cuerdo, Jeremiah Abraham and Orian Williams, to get “Yellow Rose” made is being rewarded with the honors the film has been garnering.

The producers decided to participate in this e-mail interview as one collective voice.

On their movie’s immigrant theme, they recounted, “About eight years ago, during the Obama administration, when there was a flood of undocumented youth signing up for Daca (Deferred Action for Childhood Arrivals), Diane went to the Filipino American Legal Defense Fund for research. That’s how she met Cecilia, who was working with them and other UN-affiliated nongovernmental organizations.

“From there, Diane and Cecilia interviewed undocumented Filipinos who had been detained. A lot of what they uncovered is brought to light on the screen. The story may seem incredibly timely because it is, but this is not a new thing.

“The immigration system is quite broken and that is how a lot of many undocumented immigrants end up in their situation. It isn’t all entirely their fault. They follow the rules, but they get lost in the system. With the current administration, we made the decision to hone in on the separation of families and its catastrophic effects.

“It wasn’t about punching anyone in the gut with the issues, but to bring authentic storytelling to an incredibly important conversation that needs to be discussed. It was about using this incredible form of art to humanize the immigrant story.”

On what Eva and Lea, especially with their musical-theater background, brought to “Yellow Rose,” the producers chimed, “They’re both pros, that goes without saying. It’s a small indie film, so we don’t have the budget to shoot multiple days. Because both Eva and Lea come from this background, they were able to bring a level of professionalism to production that allowed us to make our days.

“You would have never been able to tell with Lea, that she hadn’t done a movie in over 10 years. She was so game when she came on set and was just an incredible person to work with. Eva, Diane and August Thurmer (our cinematographer) had this running thing where they kept saying from Day One, ‘Lea is so good. Our job is just to keep up with her.’

“You worry sometimes because theater and film are two different mediums, but that was not the case with Lea and Eva. We can even add Princess into the fold. Princess definitely helped everyone up their game. Shamelessly, we also wanted to make sure we had a moment where Lea and Eva sang. Come on, how are you not going to have the two Miss Saigons sing?”

“Yellow Rose” ironically brings up the need for more films on the Filipino immigrant experience in America.

“Filipinos are the third largest immigrant group in the country,” the producers pointed out. “They’re the second largest in the Asian community (next to the Chinese). But where are our stories? We see a sprinkle here and there of a Filipino character in a film or a TV show (like ‘My Crazy Ex-Girlfriend’ or ‘Superstore’), but when do we get to be at the forefront?

“When we started auditioning girls for the lead role, we had hundreds of girls messaging us that it means so much to them to see that there is a lead role for a Filipina out there. We’re very much a part of the American fabric. It’s time that our lives, experiences and stories be heard and seen.”