Makers of ‘A Dog’s Purpose’ feel vindicated as sequel nears

LOS ANGELES — The 2017 family movie “A Dog’s Purpose” was marred by accusations of animal abuse after a video of a frightened dog that appeared to be forced into rushing water during the making of the film was posted by TMZ. 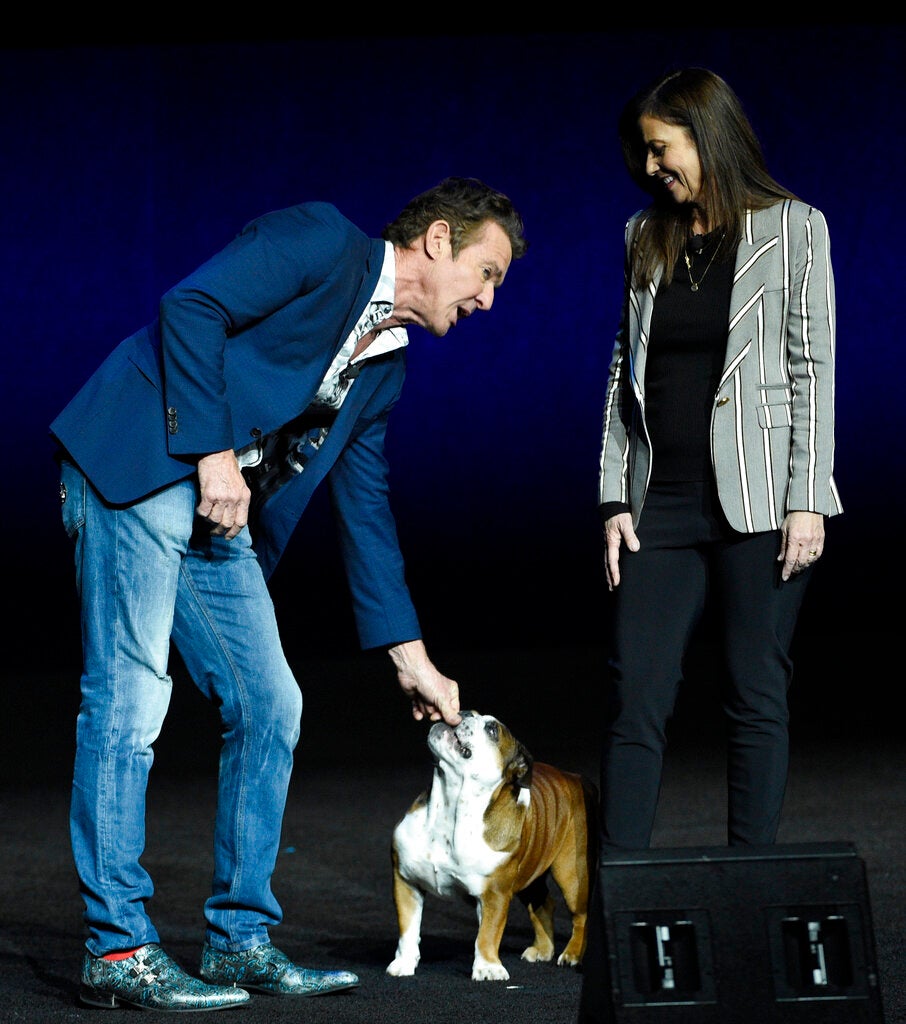 In this April 3, 2019, file photo, Dennis Quaid, left, a cast member in the upcoming film “A Dog’s Journey,” attends to his dog as the film’s director Gail Mancuso looks on during the Universal Pictures presentation at CinemaCon 2019, the official convention of the National Association of Theatre Owners (NATO) at Caesars Palace in Las Vegas. Image: Chris Pizzello/Invision/AP, File

The footage quickly went viral but a third-party investigation discounted the allegations. On Thursday, one of the writers reflected on the allegations at the premiere of the film’s sequel, “A Dog’s Journey.”

“Nothing happened,” said Cathryn Michon, a co-screenwriter on both “Purpose” and the follow-up. However, she continued: “I think that some good things came from it because we now had two animal-welfare agencies on the set and I think that’s the kind of safeguards that films need.”

American Humane has said its investigation showed no dogs were harmed but acknowledged the dog was in distress and production staff should have realized that earlier.

Dennis Quaid, the star of both movies, said: “I think we were really vindicated in that.”

He also criticized the animal rights group PETA, which lodged the original complaint.

“That was PETA that was coming forward, and they, and it was somebody who was not a crew member who showed up on a closed set, took a little bit of video and then edited the video to make it look like a dog was being abused where there was no dog being abused,” Quaid said.

Lisa Lange, a PETA vice president, told The Associated Press in a statement Friday “no amount of spin can change the fact that an animal was terrorized while filming a scene for which computer-generated imagery could easily have been used instead.”

Both films are based on W. Bruce Cameron’s best-selling series of books, which propose that dogs may have short physical lives but continue their journeys through reincarnation. Cameron was on the sets of both films and said no dogs were harmed.

“(There were) very few people on the set who can call, ‘Cut,'” he explained. “And one of them was the people that were there to protect the animals. That was the most important thing. There was signage. It was stressed at every meeting and everybody understood what we were there to do.” NVG