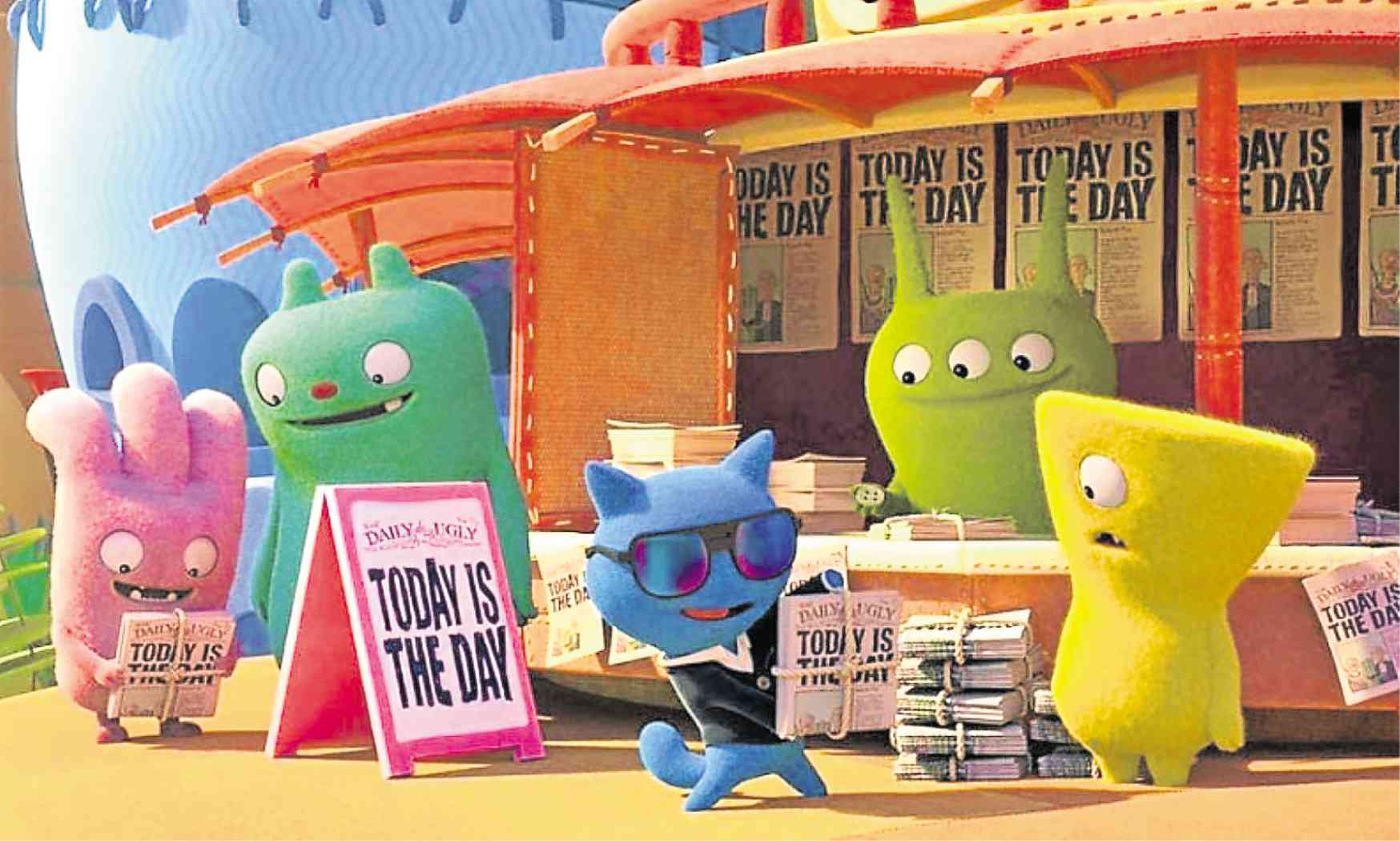 LOS ANGELES—Armando Christian Perez—okay, you know him as Pitbull, strides in the room. He is dapper in an electric blue three-piece suit, set off by a white shirt. To complete the look, he puts on his trademark sunglasses as he sits down for this interview.

Inspired by the plush toy line, “UglyDolls” features a musically talented voice cast. Moxy (Kelly Clarkson) is UglyDog’s best friend in Uglyville, where weird is celebrated. On the other side of the mountain is a town named Perfection, where more conventional-looking dolls live. 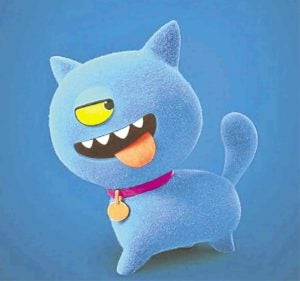 “UglyDog is SlickDog, too,” said the Cuban-American musician, referring to his character’s alter ego who loves to entertain large crowds. The latter best describes Pitbull, too. He has performed in stadiums all over the world, scored No. 1 hits in many countries and sold over 80 million singles.

Also a motivational speaker and business entrepreneur, Pitbull rose from a tumultuous family background. After his parents separated, the young boy was raised by his mom and lived with a foster family at one point. At 16, he was kicked out of the house when he became a drug dealer (his father was reportedly one).

Somehow, he managed to graduate in high school and rapped his way to fame. Today, Pitbull is a passionate advocate for closing the poverty gap in the Latino community through educational initiatives.

Going by this movie’s theme, can you talk about the entertainment industry’s glorification of external appearance? Yes, in this industry, it is glorified. But now more than ever, not only is it glorified, looks are not even real at this point. You see a picture and you don’t know if it’s Photoshopped. 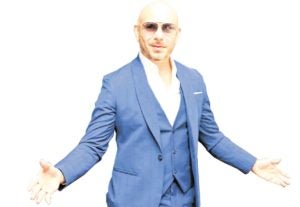 And the fun part is when you figure out that imperfection is perfection. That’s what this movie is about.

So what happened was, I started to give love to these dogs. I picked up pit bulls—crazy enough, right. And in Miami-Dade County (Florida), they are illegal. So next thing you know, they were taking away the dogs. I had this friendship with the dogs and then they took them away. It hurt. So I stopped collecting dogs.

What was your stage name before Pitbull? The first name I had was Squire. A guy named J-Hot, whom I was rapping with, gave me that. I didn’t really like that name. A Dominican kid whom I hung out with all the time was the one who told me, as we were on our way to a pit bull fight, “That’s your name, Pitbull.”

What keeps you grounded? I credit the way I was raised—to always be appreciative of any opportunity. What keeps me motivated is life and the minute that you are who you think you are, pardon my French, you are f**ked (laughs).

And thank God, we are in the position to be able to help. For people to get to a certain level in their career or their life, that should be an obligation.

Some musicians have talked openly about the intense pressure in the music industry, which led them to depression or drug addiction. Do you feel that pressure as well? I was raised in Miami, in the 80s. I watched the whole drug game unfold. I watched entrepreneurs—they just had a different product. Their product is cocaine, my product is music, but the hustle is the same. Growing up, and watching that, built me for the industry, because they don’t pressure me, I pressure them.

So remember, I have watched this happen and I have been in the game 20 years now. I got in the game when I was 17 or 18, but I had already been in another game (laughs). And there they don’t manipulate you. They kill you or you go to prison. That’s what built me to be able to have this conversation.

How are you raising your kids, given how different your childhood and economic situation was from theirs? I am very different. Like one of my kids sleeps on the floor right now. “You don’t bring me (good) grades, partner. Alright, I will take your bed.” One of my kids came home with bad grades. I took all he had—phone, this and that—I put them all in the pool.

I teach my kids how to invest. I am their bank. When they get money in their birthday parties, I say, “If you have $100 dollars, you can put $20 in your pocket and you can invest $80 with me. I will pay you 1.5 percent a month on your money and on holidays, I will pay you 3 percent.”

At this point, these kids understand the value of hard work. They take out the trash. If they drop something, they pick it up. They pick up their plates and if they leave clothes around, I put them in the garbage.

If they work hard, then they earn the right to do certain things.

Talk about how women have made an impact on who you are. I have been very blessed to be raised by women. Very powerful women made me a man. My grandmother was a rebel and a part of the revolution with Fidel Castro in Cuba. She figured out that wasn’t the way to go. My aunt was a political prisoner. These were the women who raised me. What they taught me to do was to have a woman’s intuition and have the right women around me.

What is your relationship to the movie industry? My goal is more to be behind the scenes, only investing, than being in front of the camera with a character. When I get in front of the camera and we do tap into the culture, it is to empower, to show the worth and the value of the culture. But also to be a part of a franchise and that is when I would get involved in it—when we own a piece of it, we produce and direct it, do everything in the movie with guys that we want to have fun with on that journey.

Is it going to be an action franchise? It’s going to be action slash comedy. Think of a sophisticated, sexy “Deadpool” almost, the way they flip that.