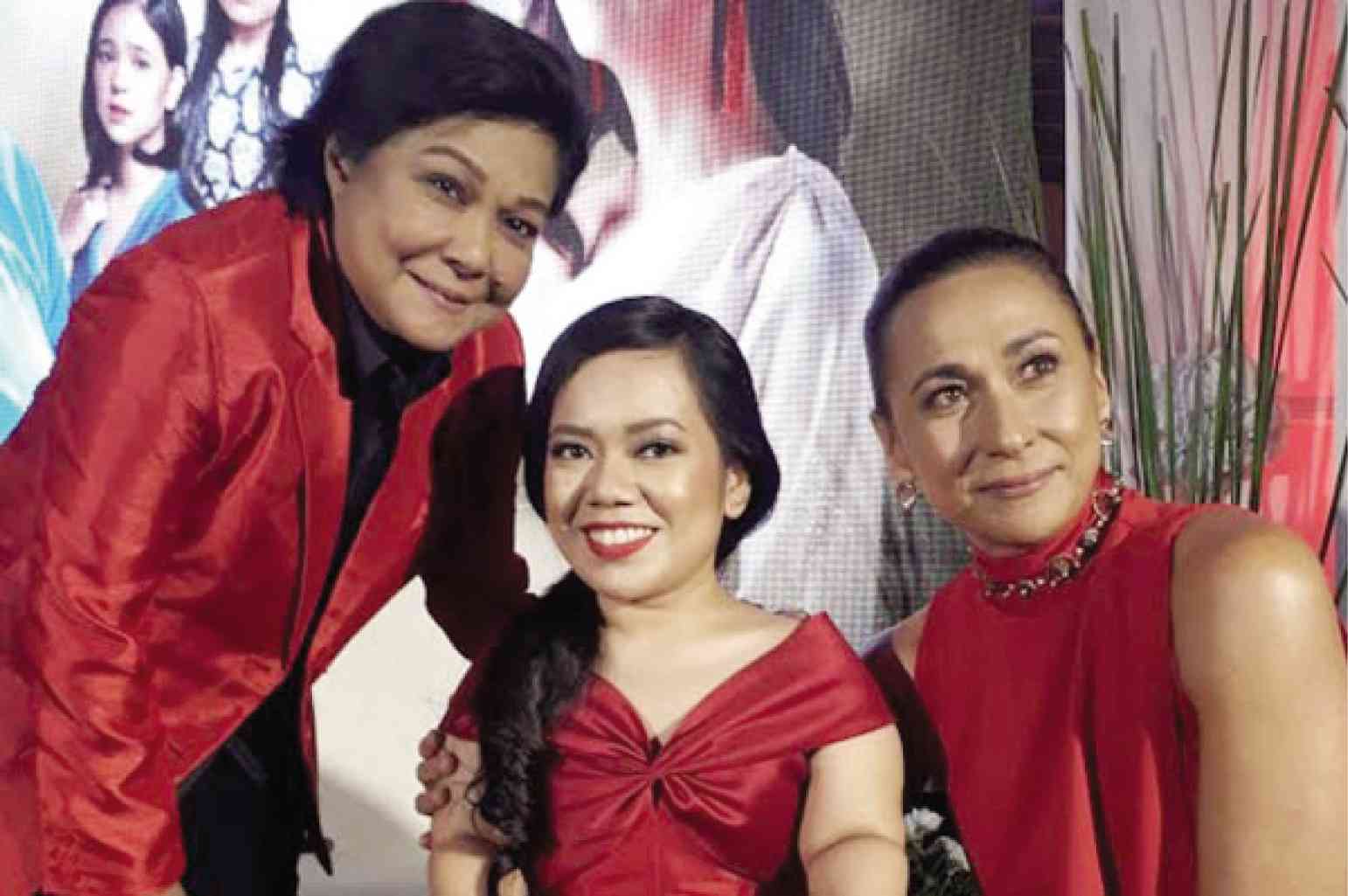 Newbie actress Jo Berry admitted that she had not seen a lot of Nora Aunor films prior to entering show biz. But after working with the veteran thespian in the GMA 7 drama series “Onanay,” Jo said that she now has a better grasp of Nora’s celebrity and the qualities that make her compelling onscreen.

“I’m just 25, so I wasn’t able to see most of her past performances. But seeing her set, watching her scenes on screen … mata pa lang madadala ka na. You could already feel her before she even speaks. That was was when I started to really understood why she’s the ‘Superstar,’” she told reporters in a pocket interview for the upcoming comedy flick “Kiko en Tekla.”

The most valuable piece of acting advice she got from Nora was simple, but can be difficult in practice: Feel the scene, Jo was told.

“She said I won’t be able to show genuine emotions unless I put myself in the scene, in the character. Luckily, our director, Gina Alajar, also encouraged me and explained my role to me. Soon, I found myself relating to all the struggles Onay went through in her life,” she related.

Interestingly, the opposite was true for Jo toward the end of the series. “Sometimes I would have a bit of trouble getting out of character, even after Direk has already yelled ‘cut.’ My asthma would threaten to act up, so I had to calm myself down … One of the makeup artists teased me, ‘Huy, wala nang bayad ’yang iyak mo,’” she related.

Meanwhile, with Cherie Gil—who played the contravida—Jo learned that there’s no second guessing yourself when it comes to acting.

“She told me that I will have to do things I’m scared of or things that would make me hesitate. But in the end, you have to do it, because it’s your job,” Jo said. “Both Ms. Nora and Cherie are very professional. I hope some of their talent rubbed off on me.”

After working with some of the most talented women in the industry, Jo is now shooting “Kiko”—her first every film, which will be directed by Adolf Alix.

“I’m so overwhelmed with the opportunities being given to me. My family is also proud of me. They say they will support me as long as I’m happy,” said Jo, adding that making a movie is another learning experience to her. “I’m curious about how things are done—the equipment used, the shots they prefer. I want to know the ins and outs of making a show or movie.”

When she accepted
to do “Onanay,” some of Jo’s goals were to inspire other “little people” like her, and help break stereotypes about them. She wasn’t so sure she was doing a good job until she started receiving inspiring messages from little people and differently-abled individuals.

“One viewer told me that she used to be embarrassed going out because of her physical appearance, but that she gained a lot of confidence after seeing me on television. I’m happy and grateful for these,” she related.

Moving forward, Jo said she hopes to do more drama projects, and continue giving little people much needed representation in the industry. “At first I just wanted to try acting. I didn’t know I would be in a position to inspire. That’s why I’m grateful that the network took a risk on me,” she said.

Read Next
From Pitbull to UglyDog—it’s a charmed dog’s life for singer
EDITORS' PICK
SM continues to send relief assistance to remote towns in Batangas
Batangas execs, Taal evacuees thank House; hopeful on rehab efforts
‘A greener, cleaner tomorrow’: A how-to guide for Filipinos who want to help with today’s energy crisis
5 years after Mamasapano, son of fallen SAF 44 trooper remembers his ‘idol’
Get exciting deals and discounts when you download the new McDonald’s App
PAL: Passengers with flights to parts of China may request for refund, rebooking
MOST READ
Dina Bonnevie on Coney Reyes: We have forgiven each other
No time for revelry; Tagaytay instead plans for alert level 5
Megan Young, Mikael Daez get married
Taal’s sulfur dioxide emission increases
Don't miss out on the latest news and information.