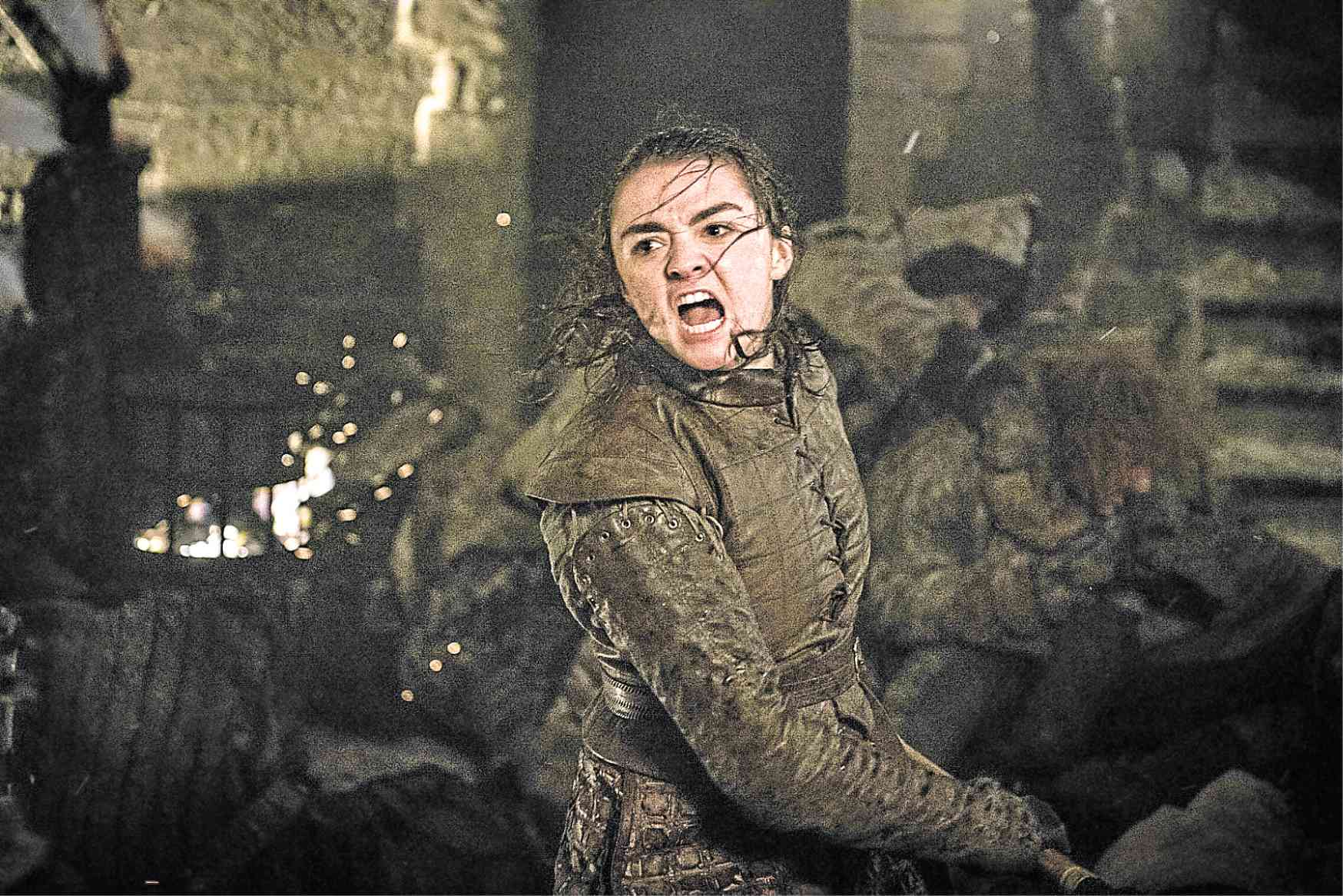 LONDON—If you have yet to watch Episode 3 of “Game of Thrones’” eighth and last season, be forewarned about the spoilers ahead.

But for viewers of the series who can’t wait to hear what Iain Glen has to say about the tragic fate of his character Ser Jorah Mormont, you’ll be glad to hear that the 57-year-old Scottish actor playing the disgraced former Lord of Bear Island who has sworn fealty to Daenerys Targaryen (Emilia Clarke) is just as fond of Emilia as Jorah was of Dany.

“When I read [the script for Episode 3], I thought, ‘Yes, of course! Protecting Daenerys felt right,” Iain said in the “Act of Love” behind-the-scenes video released by HBO early this week. “I didn’t see it coming. The show gave Jorah a fitting conclusion. He did his best for the one he loves.” 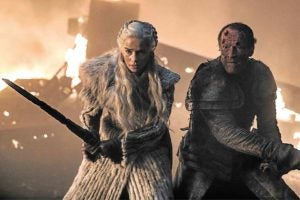 In one of the episode’s most poignant scenes, we saw how Jorah’s ultimate sacrifice hasn’t come unnoticed by the grief-stricken Dany, who sobbed unabashedly as Drogon, one of her baby dragons, tried to comfort her. In the cruel world they inhabit, Jorah is love and loyalty personified.

In the same video, Emilia enthused, “In the second-half of the battle, you strip away the sheen that she often puts on—and you’re literally looking at the bare-bones of what she’s always been, as a person. [Giving his everything] into protecting Daenerys is the most pure version of their relationship. When Dany holds Jorah in her arms for the first time, she finally sees what she has closed her eyes to this whole time. She’s seeing it, but it’s too late.” 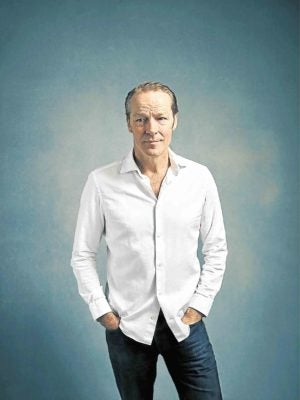 When we met Iain for this exclusive interview in London, his fondness for Daenerys’ alter ego was just as palpable—and touching.

Asked which character he was emotionally invested in, Iain quickly singled out Daenerys: “I’d say Daenerys—and Emilia herself. I’m not just saying this because of the storyline, but also because Emilia is just the most lovely girl and a fantastic actress. I saw her through all this journey. She arrived on the set not realizing how massive a gig this was for her. She is amazing!

“Initially, Emilia was unsure of herself—and that was part of her gift … and part of what makes her special. She didn’t know how good she is. She doesn’t trust herself, but she can’t help being good, so it’s been confusing for the people around her. She’ll do a scene and say, ‘Oh, wasn’t that sh*t?’ And I’d say, ‘No, Emilia, that was really, really good!’ 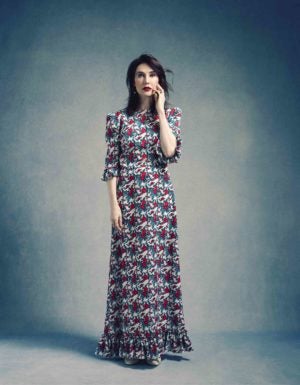 “She was very young when she started, and I think she had struggled for work before that—I hope she doesn’t mind me saying this. So, the two of us working very closely together and being able to hold each other’s hand through all of that was lovely. I know we’ll be friends for life, and I’ll always keep an eye out for her and see what she’s up to.”

While Emilia is on top of his list, Iain said that there are other things he’d miss about the show. He explained, “Much of how we created the characters had to do with our excellent costume and makeup team, who helped provide us with a strong outline of each character, through all that dirt and the bangles.

“But I will also surely miss Dany and Jorah’s very complex relationship. You have this man who was always in love with this beautiful princess, who wouldn’t reciprocate his feelings for her. There’s something about this bond that resonates with a lot of people. It’s going to leave a huge legacy, but it’s the doing it that we’ll all miss dearly after being in the show for many years. 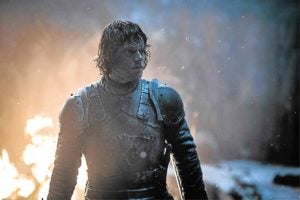 “The character gets to you. I’ve been trying to undo that belt for so long, and before you know it, it’s already been a decade! That’s 10 years of our lives. You cherish the joy of seeing the show transform into this extraordinary global hit—and how much of a shared experience it is. And it’s cumulative—and it isn’t what acting always is.

“Through all that, showrunners Dan (DB Weiss) and David (Benioff) were the perfect leaders. That’s one of the lovely things about ‘Game of Thrones’—we all felt we were sharing the same success together. Which makes saying goodbye very sad—and funny. Because more than any other season, there were a lot of false endings. So, when I asked if I could shave my beard to play [a soldier] in the second World War for another project, I couldn’t, just in case I was needed for more takes (laughs).” 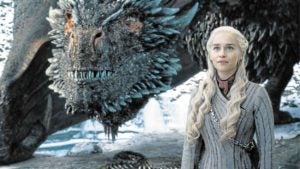 Saying spoilers, whether deliberately or by accident, are a big thing these days. Despite the strict security measures put in place to avoid leaks, the actor said he had no problem getting access to the scripts. “We had a choice [to see the scripts],” he disclosed. “But it was wonderful that we all got to read it together. My first reaction to it was, ‘What a brilliant piece of writing!’”

When he began acting in the series, did Iain think the show would become a huge hit?

“I was in Bristol or Manchester when I first met Dan and David for this project,” he recalled. “Every time I’d go out for a role, I’d never tell anyone—I’m too control freaky for that (laughs). But I remember telling my wife that I really wanted this job. I said, ‘I have a funny feeling about this series.’

“The bottom line is, no one really knew how successful it’d get. The pilot season was solid, and we learned a great deal from it. Then, it just grew.

“There are a lot of reasons for ‘GoT’s’ success. But it took people a little more time to adjust to how much they liked the show, because there were big surprises they weren’t prepared to see—like watching the lead (Ned Stark, played by Sean Bean) getting beheaded, the political intrigue, the graphic depiction of violence, and all the twists in its story. It started well, and just gathered momentum.”
Watch new episodes of the final season of “Game of Thrones” every Monday at 9 a.m., with a same-day encore at 10 p.m., exclusively on HBO Go and HBO.