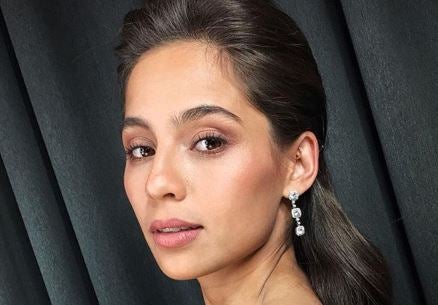 Jasmine Curtis-Smith recently took to social media to appeal to fans to help horror film “Maledicto,” where she stars as  young nun Sister Barbie, stay in the cinemas.

This was after a netizen tagged Curtis-Smith in a photo via Twitter that showed the screening time of “Maledicto.” The film only had three time slots for the day and had to share one cinema with another film, “The Curse of La Llorona,” as the rest of the cinemas seemed to be showing “Avengers: Endgame.”

Curtis-Smith retweeted the post and called on to fans for help. “Maledicto” only premiered in cinemas on May 1.

“Help us stay in cinemas til the weekend [please],” she said via Twitter on May 2. “It’s a really tough fight but I promise you that it’s worth the watch.”

Help us stay in cinemas til the weekend pls 😍 it's a really tough fight but I promise you that it's worth the watch 💗 https://t.co/rM6eAXgBJ8

In another tweet, she lamented that two malls in Taguig had declined “Maledicto” block screenings.

Many fans have since offered their support, while others told her no local films are being shown in the cinemas in their areas.

(This is just sad. I’m super-interested in ‘Maledicto’ because I watched their promo videos in Cinema One. And as mentioned in interviews, the team behind the movie really went to great lengths to do research for the film.)

“I also inquired at a small mall here in Pasig and they added me to their e-mail list,” another (@einsey) said. “I [received] info on movies to be shown in advance and there are no local films on the lists.”

“Maledicto” is an original movie by Fox Networks Group Philippines and stars Curtis-Smith with Tom Rodriguez and Miles Ocampo, among others. The movie is directed by Mark Meily, while its script was written by Palanca-winning writer Jonathan Guillermo.

Jude Turcuato, FOX PHs’s senior vice president and general manager, was asked back in March whether he was worried about the dwindling numbers of moviegoers. Turcuato, then, said he believed people were still willing to pay for good films.