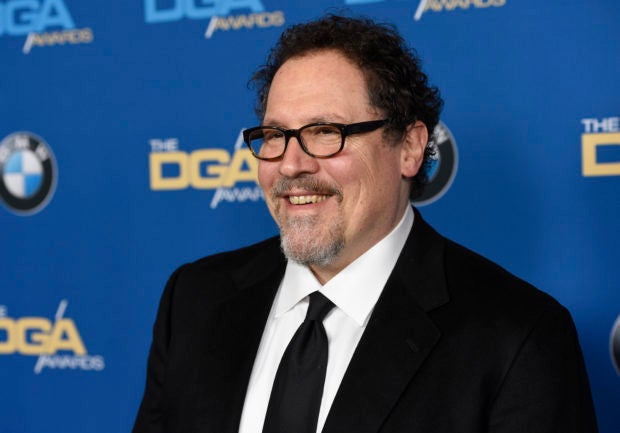 This photo taken Feb. 3, 2018, shows Jon Favreau arrives at the 70th annual Directors Guild of America Awards at The Beverly Hilton hotel in Beverly Hills, Calif. Favreau teased “The Mandalorian” at the Star Wars Celebration in Chicago on Sunday, April 14, 2019, giving fans their first look at the most anticipated series yet from the galaxy far, far away. Favreau’s eight-episode series is to debut on the Disney-Plus streaming service on November 12. Image: Invision/Chris Pizzello via AP

Jon Favreau gave fans their first look at the “The Mandalorian” at the Star Wars Celebration in Chicago on Sunday, previewing the most anticipated series yet from the galaxy far, far away.

Favreau’s eight-episode series will debut on the Disney-Plus streaming service on November 12. It’s set in the aftermath of “The Return of the Jedi”, taking place five years after the Rebellion’s victory.

Favreau premiered behind-the-scenes clips and some finished footage to attendees.

The series stars Pedro Pascal as the title character, a lone gunfighter the actor compared to a Western or samurai hero. It co-stars Gina Carano as a character named Cara Dune and Carl Weathers as a bounty hunter named Greef. Werner Hergog and Giancarlo Esposito also co-star.

Favreau called himself “a product of a Star Wars imagination” who was eager to plunge into the post-“Jedi” landscape.

“You have vestiges of the Empire. You have only the strong surviving. You have chaos taking over the galaxy,” Favreau said.

On Friday, Lucasfilm debuted the trailer for next theatrical “Star Wars” film, “The Rise of Skywalker”.