WATCH: Filipino artist No Rome performs in Coachella with The 1975 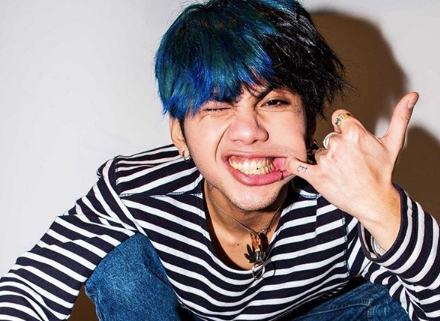 The “Seventeen” singer took Filipino pride to Coachella, one of the biggest music festivals in the United States, last Friday, April 12.

Love this song! @the1975 brought out @no_rome for ‘Narcissist’ #Coachella2019 pic.twitter.com/gvcbHv9iwx

“Narcissist” is No Rome’s single featuring The 1975 in his EP “RIP Indo Hisashi”, which was also co-produced by the band’s frontman Matt Healy and drummer George Daniel.

In May 2018, Healy revealed that he and No Rome had been living together in London, as per an interview with radio station Beats 1. Healy also called the Filipino artist his “muse”, inspiring him for the band’s third studio album.

“This kid is amazing, man,” Healy said in the interview. “I just fell in love with him completely. I have never seen him and I did not know who he was or anything, but I just flew him over to the [United Kingdom].”

No Rome has been involved with the band ever since he moved to London, making cameos in the band’s music videos. He will also be the opening act for The 1975’s concert in Manila on September 11.

Before moving to London and getting signed under Dirty Hit Records, No Rome had collaborated with local indie artists B.P. Valenzuela and August Wahh in an electronic pop track, “Bbgirl”.

No Rome, however, is not the first Filipino to perform in the music festival in Indio, California. In 2016, DJ Manila Killa played in the Do LaB stage at Coachella when he was still a part of the electronic dance music duo Hotel Garuda. NVG