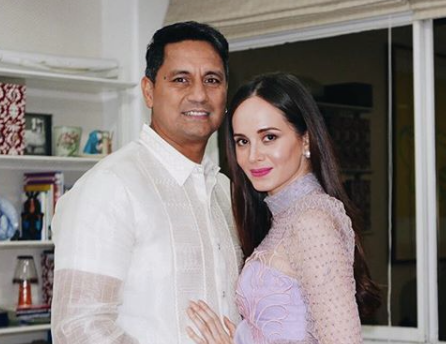 Actor and Ormoc City mayor Richard Gomez took to social media recently where he shared a photo of him and wife congresswoman Lucy Torres during one of their campaign sorties.

In the photo, the two can be seen holding hands while walking down a road, which Gomez shared as one of the roads Torres had built in the city.

“During one of our campaign sorties @lucytgomez and I stepped out of our car to check one of the roads that Lucy built,” he said via Instagram on Sunday, April 14. “We took our time to look at the beautiful views and smell the fresh air of our province while walking the newly cemented road.”

The post seemed to have been made all in good fun, but some netizens disagreed with his statement. They called out Gomez for his post and corrected him, saying the roads were built by the money of taxpayers.

“Should have been written as… road built with the supervision of Lucy using people’s tax money,” wrote a certain Dory (@dorytab). “For those people who have narrow minds…”

One Paul (@popixinsta) also said the initiatives may have been Lucy’s, but it is still the people who paid for the road.

Gomez has since responded to the netizens’ remarks and clarified the supervision is with the Department of Public Works and Highways.

“Supervision is with the DPWH,” he said. “Initiative is with Lucy to have the roads built.”

Gomez also said it may be the taxpayers’ money, but even so, only a few roads would be built if their congressman was lazy.

“Of course. Pero kapag tamad ang congressman mo konti lang ang magagawa na kalsada sa lugar [n’yo],” added Gomez. (Of course, but if your congressman was lazy, only a few roads would be built in your area).

Gomez filed his Certificate of Candidacy (COC) for mayor back in October 2018 and is gunning for another term in the city of Ormoc in the upcoming May elections. NVG